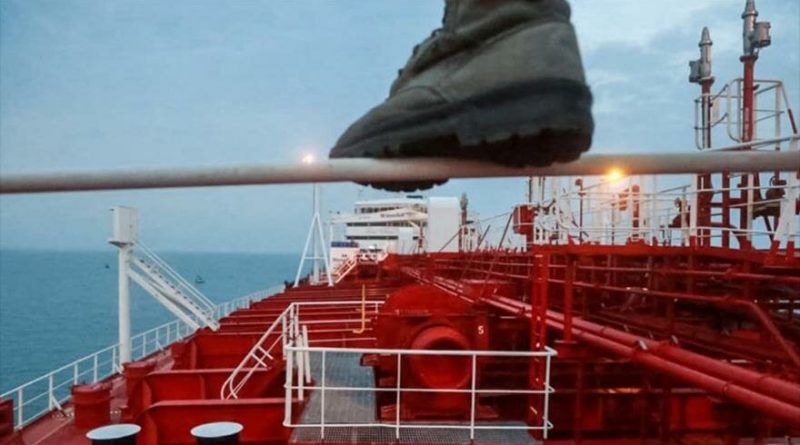 The United States and the United Kingdom cannot even dream of controling the Strait of Hormuz and the vessels that circulate there, emphasizes an Iranian high politician.

The secretary of the System Discernment Council of the Islamic Republic of Iran, Mohsen Rezai, has denounced the provocative and “incendiary” activities of the United States and the United Kingdom in the Persian Gulf region, which are carried out to generate the impression that the region is not safe, then take control of the Strait of Hormuz. What a dream, he stressed.

“The Americans seek to increase the tension, in an attempt to take control of the Strait of Hormuz and the circulation of the vessels, however, we do not allow it,” Rezai said in a meeting held this Sunday with Song Tao, director of the International Department of the Central Committee of the Communist Party of China, in Tehran, Persian capital.

Iran, Rezai continued, does not seek conflicts, “but it will defend itself.” “Our security is depends on that of the Persian Gulf and we must preserve it, facing the aggressions and attempts to generate insecurity,” insisted the senior Persian politician.

He has also warned that plunging the region into wars and conflicts will damage not only peace, but also economies worldwide, and has stated that Tehran advocates for free navigation and security in the Persian Gulf.

“The Americans seek to increase the tension, in an attempt to take control of the Strait of Hormuz and the circulation of vessels, however, we do not allow it, ”said the secretary of the Council for Discernment of the Islamic Republic of Iran System Mohsen Rezai

Strait of Hormuz, new conflict space for the US and its allies

The US Administration, chaired by Donald Trump, announced in May 2018, the country’s withdrawal from the nuclear pact reached by Tehran and the 5 + 1 Group then made up of the US, the United Kingdom, France, Russia and China, plus Germany, and imposed several rounds of sanctions against the Persian country, including oil companies, before the total inaction of the European signatories of the agreement on the Iranian nuclear program.

The Persian authorities, however, have assured that Tehran will continue to sell its crude, despite the sanctions, and using the Strait of Hormuz as a safe transit passage, even though it weighs on the US. Similarly, they have emphasized that the country will continue to defend the Persian Gulf and “will do what is necessary” in case someone crosses its red lines.

In fact, Washington’s attempts to reduce Iran’s oil exports to zero has led it to intensify war rhetoric, creating incidents and situations in order to demonize Tehran and justify the pressures against it.

The reason for the flare up of hostilities could be that the US seeks a new military adventure to show that it is still the world leader, a longing that seems unlikely due to the existence of emerging powers such as Russia, China and the Islamic Republic of Iran itself.

Different analysts agree that Tehran cannot expect much from Europe in the face of US aggressions, given that, “at most, it will place the aggressor and the attacked on the same level”, but it can expect more from other powers such as Beijing and Moscow, which have expressed support for Iran and are also targeted by Washington’s coercive measures.