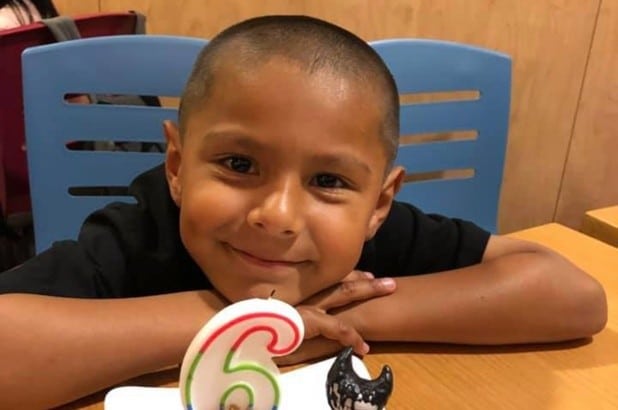 In California, police have identified the gunman who killed three people—including two children—at a mass shooting Sunday at the Gilroy Garlic Festival as 19-year-old Santino William Legan. He was fatally shot by police at the scene. Authorities say they are still determining a motive for the attack, but the gunman’s social media activity shows him promoting a manifesto on white supremacy just moments before the rampage. He also wrote in a post Sunday, “Why overcrowd towns and pave more open space to make room for hordes of mestizos and Silicon Valley white twats?”

Authorities say the gunman used an assault rifle that was purchased legally in Nevada. The AK-47-style weapon could not have been legally purchased in his home state of California because of stricter gun regulations. California Governor Gavin Newsom called the semiautomatic gun a weapon of mass destruction.

RELATED CONTENT: They Are Concentration Camps — and They Are Also Prisons

Six-year-old Stephen Romero was the youngest victim of the shooting. Another child, 13-year-old Keyla Salazar, and 25-year-old student Trevor Irby also lost their lives in the massacre.

Last week, FBI Director Christopher Wray testified before the Senate, saying that domestic terrorism by white supremacists is on the rise.