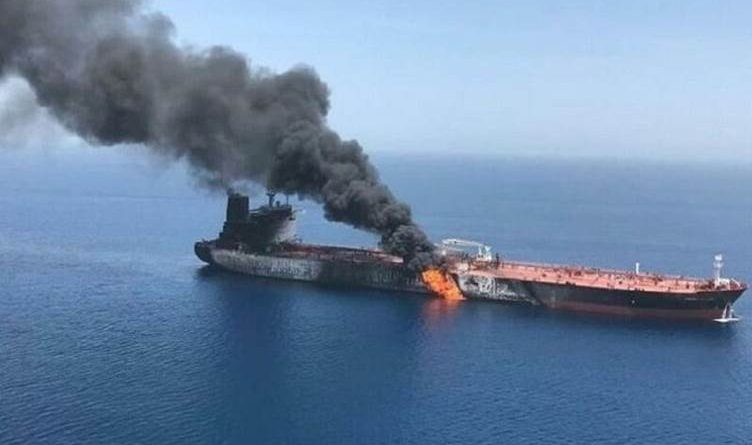 “It is still in the Red Sea but its route will change … No help was offered to assist by any country”.

An Iranian oil tanker that was traveling through the Red Sea waters on Friday was reportedly targeted by two missiles from an unidentified source, the National Iranian Oil Company (NIOC) announced in an official statement.

Iran identified the ship as the ‘Sabiti’, which, at the time, was traveling off the Saudi coastal city of Jeddah when the explosions were first reported at 9:00 A.M. (Riyadh Time).

The Sabiti was hit in the morning about 60 miles (96 km) from the Saudi port of Jeddah, Iranian media reported. The National Iranian Tanker Company (NITC) said the ship was damaged but now heading to the Gulf, denying reports it was set ablaze.

The incident, which has yet to be independently confirmed, is the latest involving oil tankers in the Red Sea and Gulf area, and is likely to ratchet up tensions between Tehran and Riyadh, long-time regional foes that have been fighting a proxy war in Yemen, which lies at the southern end of the Red Sea.

Reports of the incident, which have so far only come from Iranian sources, offered sometimes diverging accounts. State television, citing the national oil company, said it was hit by missiles while denying a report they came from Saudi Arabia.

NITC said in statement on its website that “the blasts were probably caused by missile strikes” and it was investigating the source, adding two tanks were damaged but the crew was safe.

Iran’s Foreign Ministry said the ship was hit twice, without saying what struck it. State television broadcast images from the Sabiti’s deck saying they were taken after the attack but showing no visible damage. The ship’s hull was not in view.

The Red Sea is a major global shipping route for oil and other trade, linking the Indian Ocean with the Mediterranean via the Suez Canal. Crude prices jumped on the news and industry sources said it could drive up already high shipping costs.

There was no claim of responsibility for Friday’s reported incident, which follows attacks on tankers in the Gulf in May and June, as well as strikes on Saudi oil sites in September.