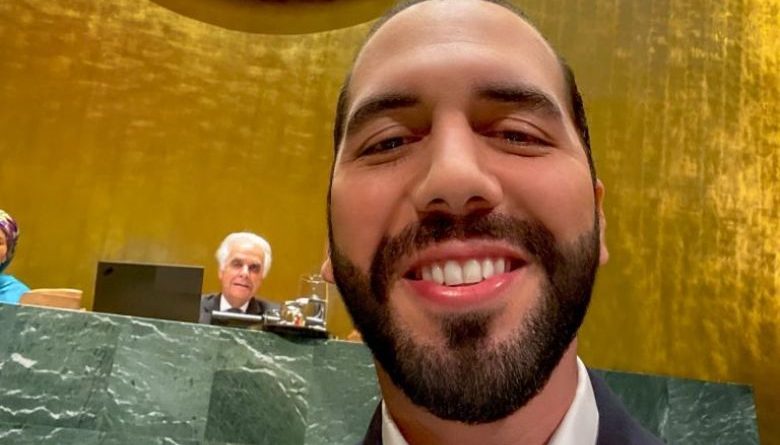 Our country is at the beginning of a new government’s five-year period, chaired by a character from whom any dictatorial authoritarianism can be expected.

Undoubtedly, in the behavior of this character there permanently gravitates in his thinking the results that are frequently published through surveys, in which he is creditor of important popularity with a large part of the population. But it turns out, that due to his political inexperience, it is not possible to correctly analyze the political context in which the electoral process that took place last February 3, and the characteristics of the current national political scenario, took place.

He sustains popularity with his personality and in the use of social networks; obviously these played, play and will play an important emotional and media impact. But the political background that explains the situation is not really there.

The bottom line is that he has been able to take advantage of the internal situation that the two main political parties in the country mediate, a situation that for some time has generated some distance from contact with the population, loss of confidence, credibility and hope. This is a perception that, for now, disfavors them politically. In addition, the approach -widely disseminated- that a break with tradition is necessary and an experiment with something that is presented as: “novel, cool and cool” must be considered.

Mr. Bukele and his advisors have taken advantage of this situation in the media and in an emotional way and made trend the perception in good part of the citizenship that he is “the good one”, and that his political movement “New Ideas ” (which has nothing new) will solve the national problem and that the other parties are incapable. A good part of the citizenship seems (to believe) that in a good Salvadoran they have synthetically mentally formulated the idea of: “we have already tried others and we believe that they have failed us, now let’s try this man to see how we are doing”.

Mr. Bukele’s acceptance is a media bubble based on the perception produced by the technique of social networks; it is not an acceptance based on rationality — a situation by which sooner or later that bubble will dissipate when the population verifies that it is not governed to solve its main problems, that there are no concrete achievements in the improvement of its quality of life. When he sees that it is governed not for the majority of the population, but to privilege the interests of the Creole oligarchy and in compliance with the agenda of President Trump. Rationality will replace media perception.

RELATED CONTENT: What Did Elliot Abrams Have to do With the El Mozote Massacre?

The Salvadoran people are intelligent, with a history of struggle and a fool does not have a hair. It may be deceived for some time, but not for all time.

More than three months after being in charge of the Executive, the government preceded by Mr. Bukele has shown that his actions are determined to consolidate the idea that he is solving problems in a large part of the population. Apart from dealing with crime, which is a serious problem felt by the entire population, the solution of the country’s fundamental problems is not being seriously addressed. Undoubtedly dealing with crime is obligatory and important; but this complex structural problem will not be resolved based on repression and militarization of the country. Its solution is not easy, it requires not a little time and must be based fundamentally on serious plans and programs that include preventive, rehabilitation and insertion measures and of course repression.

There is no doubt that the population, in general, likes him very much and applauds seeing a crowd of police and soldiers in the streets capturing criminals. But will it be possible to keep these personnel displaced in the territory in a sustained and indefinite manner? Obviously for various reasons, the answer is: It is NOT possible. At the moment with much insistence one speaks of the reduction in the number of homicides. Not by chance little is said about the problem of disappearances and extortion, also very serious problems.

In another order of topics: an agreement entitled “Examination of asylum claims” has been signed with the United States of America. The title does not say much but its content clearly expresses the fundamental objective. It is really a delivery agreement that makes El Salvador the fourth “safe country.” Although its title perversely hides the underlying objective; it is about El Salvador becoming part of the “retaining wall” for the serious problem of migration, alienating its territory to fulfill the American immigration agenda. It is a “good” Salvadoran to turn our country into a servant and faithful applicator of Trump’s agenda in exchange for nothing concrete of importance for the benefit of the country.

RELATED CONTENT: New Trump Rule Would Limit Legal Immigration to the US

The point is that Mr. Bukele, concerned with maintaining the results of the surveys regarding his popularity, analyzed that signing an agreement with the name and characteristics of those signed with Mexico, Guatemala and Honduras, was to expose himself to criticism and to the rejection of the population, a situation that could lead him to pay political costs by lowering his popularity. That is why they put a title on it that pretends to hide the true objective and there is no talk of “Safe Country”. It is intended to deceive.

The creation of the “border patrol” does not really have as its main objective to capture criminals and prevent smuggling. The reality is that this patrol has been created to be a true “containment and repression wall” against migrants to prevent them from continuing their march towards the United States border.

The signing of the agreement contemplates that migrants will remain here waiting for the asylum response requested from the US government. Surely this answer will take a long time. Meanwhile, the Salvadoran government must guarantee their minimum subsistence conditions. It is worth asking: is El Salvador prepared to guarantee basic conditions of food, housing, health, etc., to migrants, who will not be few? Obviously the answer is: it is not prepared. A situation that, if not resolved, will undoubtedly generate serious problems that will have a negative impact on the social conditions in which our population lives. Mr. Bukele must tell the public how he intends to resolve this situation, but with the characteristic lack of transparency in the handling of important matters of national life, it’s to be expected that he will obscur concrete information.

In short, Mr. Bukele is giving multiple and obvious evidence that he and his government will be at the service of the United States foreign policy agenda.

If the reason for accepting the imposition of an agenda was because millions of Salvadorans live in the United States and more than 190,000 are under the threat of the TPS resolution, this is an issue that even briefly deserves to be analyzed.

The vaunted argument that “we must have good relations with the US government, because in that country there are more than two and a half million Salvadorans.” It is a partially true argument. Our compatriots, regardless of whether they live legally or illegally in the United States, with their work and tax payments, contribute not negligibly to the US economy. Also, if we are serious and honest, let us ask ourselves what the fundamental reason is why a good number of Salvadorans and Salvadorans have gone to other countries, mainly to the United States. The fundamental reasons are of a structural nature. They have left not because they like to visit. If in our country there was a system with an economic, social model, political and environmental development that would generate the minimum conditions so that the population could live with dignity as human beings, surely the number of compatriots who would emigrate would be minimal. But it turns out that the system and the development model historically imposed by the dominant hegemonic oligarchy, supported by the American governments, is a system with a model that has not generated the conditions to live with dignity. It is an exclusive model. The dominant Creole oligarchy supported by US governments is the real historical responsible for the migration of compatriots. It must be said clearly.

Undoubtedly, it is necessary that our country establish, maintain and develop good relations with all the countries of the world without discrimination for ideological, political, racial, religious, etc., but these relations must be based on respect for sovereignty, self-determination and independence within the framework of the norms established by international law.

The unacceptable and what many Salvadorans will not accept is that our sovereignty, self-determination and independence be disrespected by imposing an agenda that is at the service of the darkest interests of US hegemonic power groups. Trump is a president who is part and is at the service of the great monopolistic interests of the war industry, and of international financial speculation that concentrates a high percentage of the planet’s wealth.

As a country in which the Constitution of the Republic in its article 83 determines to be sovereign, it is not acceptable from any point of view, to put itself at the service of fulfilling Trump’s agenda.

It is necessary that the Salvadoran people pay a lot of attention, follow-up and act before the appeasement of current government.