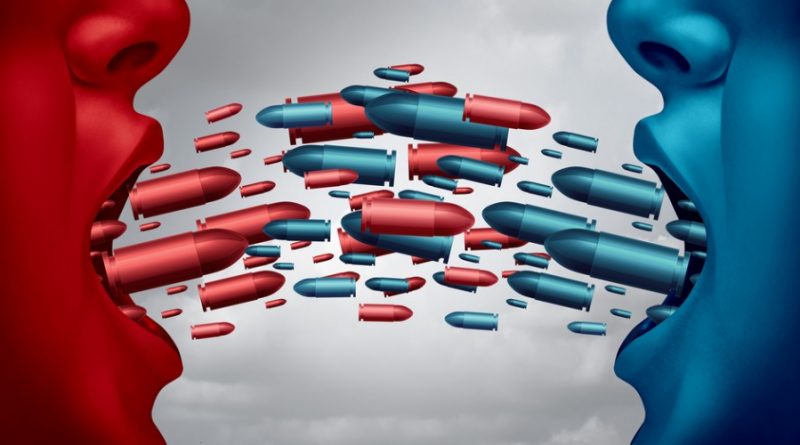 If a war breaks out, it won’t be because the Trump administration “bumbled” into one.

It’s easy to be confused about what’s happening between the U.S. and Iran.

On July 10, President Trump again accused Iran of violating the Obama-era nuclear deal, in a tweet that he concluded by promising to increase U.S. sanctions “substantially.”

Similarly, headlines — such as a recent New York Times article that originally proclaimed, “With a New Threat, Iran Tests the Resolve of the U.S. and Its Allies” — strongly suggest that Iran is the aggressor, and taking steps that heighten tensions in the Middle East.

That view is driven by Trump administration officials like Special Representative for Iran Brian Hook, National Security Advisor and long-time proponent of invading Iran John Bolton, and other right-wing officials like Arkansas Senator Tom Cotton. Cotton said in an interview on Fox News Sunday that he sees “Iran steadily marching up the escalation chain,” which he said justifies U.S. air strikes against the country.

In June, administration officials made the serious allegation that Iran had attacked two cargo ships in the Gulf of Oman — only to see their account disputed by a captain on one of the very ships that was attacked. Then there was a week of movement toward military action — at the height of which the acting secretary of defense stepped down because stories of horrific domestic violence toward his wife came to light.

Iran shot down a U.S. surveillance drone, with Iran and the U.S. asserting conflicting stories about whether or not the aircraft was in Iranian airspace. And then, of course, the president ordered an airstrike on Iran — only to cancel it with U.S. planes presumably moments away from killing up to 150 Iranians, which would have dramatically escalated the conflict.

Throughout these twists and turns, Trump, his Secretary of State, and other officials have repeated the phrase “we don’t want war.” If that’s the case — that the U.S. wants to avoid war, even as Iran is supposedly taking a hostile posture and unilaterally escalating tensions — then the Trump administration’s instability and incompetence is surely worrisome. As a result, critics in both the media and Congress, not to mention the Democratic presidential field, are warning the administration could “bumble” into a war.

But whatever officials say, and as erratic as the sequence of events has been, one thing is clear: It’s the U.S. that is belligerently threatening Iran, not the other way around. And if a war breaks out, it won’t be because the administration “bumbled” into one.

It was, after all, the Trump administration that pulled out of the nuclear agreement — an agreement that Iran was fully complying with — which makes the administration’s complaints about Iran’s present enrichment levels totally bankrupt.

It was the U.S. that sent an aircraft carrier, the USS Abraham Lincoln, to the Gulf of Oman, right off Iran’s coast. It’s worth imagining how Americans might respond were Iran to send military vessels to the coast of California. And it’s the U.S. that’s sent nuclear-capable B-52 bombers to the region, too.

In May, Trump announced that he was deploying 1,500 U.S. troops to the Middle East — in addition to the thousands already stationed in the region. At the same time, the U.S. withdrew diplomatic staff from Iraq, removing them from harm’s way should there be a military confrontation. In June, officials announced the deployment of 1,000 more troops. And as the U.S. has shifted ships, sailors, and marines toward Iran, the Middle East is now home to the largest number of U.S. naval personnel, despite American officials’ preoccupation with an increasingly powerful China many thousands of miles away.

Having set assets in place to carry out military operations, Hook and Secretary of State Mike Pompeo embarked on a tour of the Middle East and Europe to shore up alliances and isolate Iran.

All this comes on top of the punishing sanctions regime the U.S. has imposed on Iran, breaking a promise made under the Iran nuclear agreement. Targeting Iran’s oil, steel, copper, and other industries, these sanctions have isolated the country’s economy from financial systems around the world. They’ve caused Iran’s currency to plunge in value, which has sharply curtailed access by ordinary Iranians to consumer goods. They’ve made diapers, baby formula, and feminine hygiene products especially difficult to buy, disproportionately impacting Iranian women and children — as sanctions typically do.

The U.S. is brutalizing ordinary Iranians, even as its actions and rhetoric are driving toward a more serious military confrontation. Despite this clear pattern, the U.S. media has more typically expressed concern for what seems to be an inept approach by the Trump administration. As the New York Times editorialized a month ago, “the Trump administration’s lack of a coherent strategy for dealing with Iran has resulted in a series of conflicting messages, all of which contribute to a growing sense of foreboding and unpredictability.”

But we should pay more attention to the administration’s actions than its words. In fact, rhetoric that decries war — coupled with actions that pursue it — seems to be the order of the day for Trump and his officials, as well as commentators itching for a U.S. attack.

Perhaps the right-wing Times columnist Bret Stephens captures the contradictory approach best. He concluded a bellicose recent column by saying that “nobody wants a war with Iran,” but points out that the U.S. has sunk the Iranian navy before and that “Tehran should be put on notice that we are prepared and able to do it again.”

It is simply a lie that the U.S. — or its hardline government, at least — does not want war. Politicians’ and commentators’ words may be muddled, but we should be clear: The administration is already devastating Iran with sanctions and is setting the stage for worse. We must do everything we can to stop it. 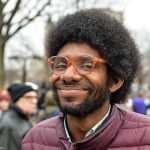