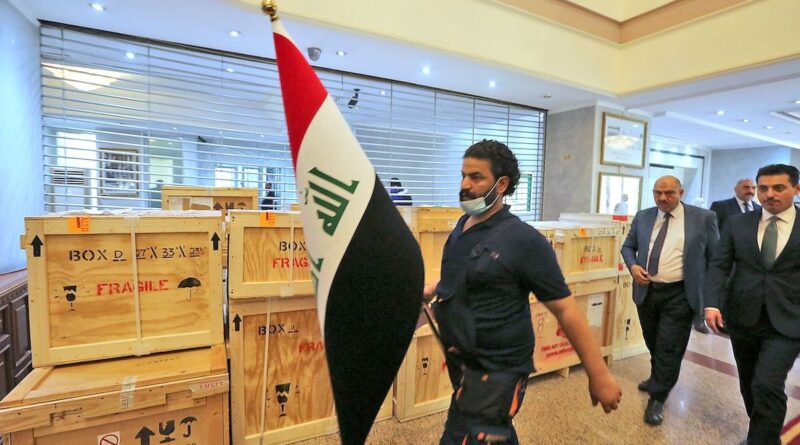 The UN Educational, Scientific and Cultural Organisation (UNESCO) has announced that it is to return a 3,600-year-old stone tablet to Iraq. The artefact shows part of the Epic of Gilgamesh, an epic poem from ancient Mesopotamia.

According to the UN, the tablet will be returned at a ceremony in the Smithsonian Institution in Washington DC today.

RELATED CONTENT: America’s Afghan War is Over, so What About Iraq – and Iran?

UNESCO said that another 17,000 artefacts that were also taken to America following the US-led invasion of Iraq in 2003 will be returned formally to the Baghdad government at the ceremony.

“By returning these illegally acquired objects,” explained UNESCO Director-General Audrey Azoulay, “the authorities here in the United States and Iraq are allowing the Iraqi people to reconnect with a page in their history.”

Featured image: Staff members at Iraq’s Ministry of Foreign Affairs work around crates of looted Iraqi antiquities returned by the United States, ahead of a handover ceremony at the ministry in the capital Baghdad, on 3 August 2021. [SABAH ARAR/AFP via Getty Images]