Leading up to the 6th Summit of the Community of Latin American and Caribbean States (CLACS, or CELAC for the Spanish-language acronym), hosted by Mexico on September 18 in its capital, with 31 states participating, there were great expectations for a dramatic statement from CLACS as to whether it would de facto replace the Washington-based OAS (Organization of American States). This prospect came about because of remarks by political leaders leading up to the summit. Fortunately, however, this dramatic shift did not take place.

This wise decision was based on the foresight and political acumen that many Latin American leaders have developed, not only over the last decades since the Cuban and Bolivarian Revolutions, but even as far back as two centuries ago, when Bolívar initiated the struggle to liberate and integrate the entire region from Spanish colonialism.

President Nicolás Maduro set the tone by evoking, among other points, the road to the construction of CLACS and the role of Chávez and Venezuela based on the legacy of Bolívar. This merited a tweet that Chávez was effectively present at the summit: “Watching TeleSur, inspired, Chávez is in the Summit.” 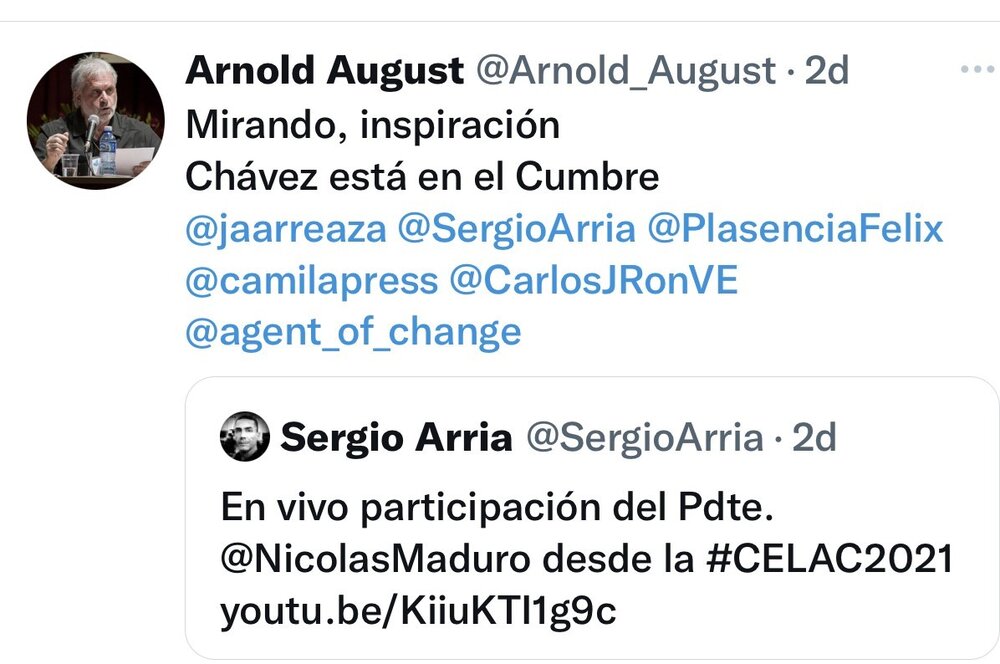 Before presenting his view on CLACS process to further solidify integration, with the good fortune that the alphabetical order placed Venezuela as the last head of state to speak, Maduro challenged two presidents who preceded him and who had asserted false accusations of Venezuela being undemocratic and of the OAS being indispensable and thus not in contradiction with CLACS. On the latter issue of OAS-CLACS, the rebuttal by the Venezuelan head of state, whose very presence was a stunning defeat of the North – comprised of the US and Canada and their few Latin American allies that have tried to overthrow him and ostracize him in the international community – he emphatically stated that there is indeed a contradiction between the OAS and CLACS, an old one dating moreover from the 19th century as Monroism versus Bolivarianism.

Maduro proposed, among other suggestions, “the constitution of a CLACS General Secretariat with sufficient power to take the reins of the construction of what is the dream of Latin American and Caribbean integration,” as part of a “new institutionalization” of CLACS.

In effect, the conditions were not yet ripe on September 18 for a de facto replacement of the OAS by CLACS. Had this step been taken prematurely, it would have backfired. First, it was clear from the statements by many representatives of anti-OAS governments that the pandemic is a major preoccupation; thus, a premature debate and the inevitable contradictions arising from the tectonic switch of the OAS to CLACS would detract from the fight against the pandemic.

Second, another immediate concern as expressed in Mexico, especially by the small island nations in the Caribbean, is climate change, which is a direct challenge to the very existence of these vulnerable peoples. In this context, a current priority may be Latin American and Caribbean countries’ policy toward the next international climate change conference (COPS26), which takes place October 31 to November 12, 2021, in Glasgow, Scotland.

Third, further political shifts to the left in the region in the coming year would greatly assist the composition of CLACS in its goal to replace the OAS. The most obvious scenario is the Brazilian presidential elections in October 2022. Brazil withdrew from CLACS under the extreme right-wing Bolsonaro government and therefore was not present in Mexico. Luis da Silva, one of the precursors of CLACS, is ahead in the polls for the 2022 elections. Moreover, Colombia (which boycotted the Mexico Summit to protest the Maduro government and lick the boots of Washington) goes to the polls on May 29, 2022, for the first round, where leftist Gustavo Petro is at this time ahead in the polls. Chile votes for a new President on November 21, 2021, with the possibility of a left-wing coalition replacing the Pinochet-era Sebastián Piñera. Indeed, he must find himself in a relatively weak position, as his representative in Mexico did not dare criticize Maduro nor the CLACS goal of eventually replacing the OAS. This may be a good sign as to the outcome of the Chilean elections.

Thus, the orientation of combining the step-by-step institutionalization of CLACS while seeming    to wait patiently for further left-wing shifts in the region’s political landscape so as to maximize the isolation of the inevitable US satellites (such as, this time, Paraguay and Uruguay) is farsighted and wise.

Yes, there is an urgent need to replace the OAS with CLACS. Perhaps no one outside the region, such as the anti-imperialist left in the US and Canada, feels this pressing demand as a result, for example, of the Canadian government’s leading role in alliance with the US in promoting violent regime change against the constitutionally elected President Maduro. It would be best for the Canadian government to reverse its pro-US course, which contributed to its humiliating defeat for a seat on the UN Security Council in June 2020, and instead respond favourably to the suggestion by some heads of states and governments in Mexico to form an alliance with CLACS based on mutual respect.

The replacement of the OAS by CLACS is inevitable. When? We do not know. However, just causes always triumph, especially when desired by an entire region. Look at the example of Cuba. Once expelled from the OAS, it is now at the very centre of regional integration to the extent that even mortal enemies of the Cuban Revolution had to sign on to an agreement in Mexico calling on the US to lift the criminal and genocidal blockade against Cuba. Furthermore, in Mexico, Cuban President Miguel Díaz-Canel scored a knockout against the Uruguayan representative who provocatively expressed support for regime change in Cuba. He insulted Cuba, then Díaz-Canel firmly responded, followed by a whimpering Uruguayan “rebuttal”; the Cuban president then delivered the final blow. A dignified defense of Cuba by its president.

Thus, on that memorable day in Mexico, the specter of both Hugo Chávez and Fidel Castro came back to haunt the US and its allies.

The eventual restoration of CLACS on the grave of the OAS will mean a major shift not only in regional geopolitics but also globally. Enter China. In July 2014, the regional leaders and China together declared the establishment of the China–CLACS Forum. At the invitation of the CLACS rotating presidency, Chinese President Xi Jinping addressed the CLACS Mexico Summit via videoconference with closed captioning in both Spanish and English. He said that the agreement opened a new avenue for cooperation between China, Latin America and the Caribbean as a whole. Its birth 10 years ago was a milestone in the process of integration of the area, because it took place amid the countries’ efforts to preserve their independence and self-strengthening. He affirmed that China attaches high relevance to strengthening relations with that organization and supported it in boosting greater cooperation among its members and in the search for solutions to face common challenges.

Thus, the eventual replacement of the OAS by CLACS will represent an enormous geopolitical planetary change. It will contribute further to the quest of world multipolarity against the US-led never-ending western’s goal of domination over the global south.