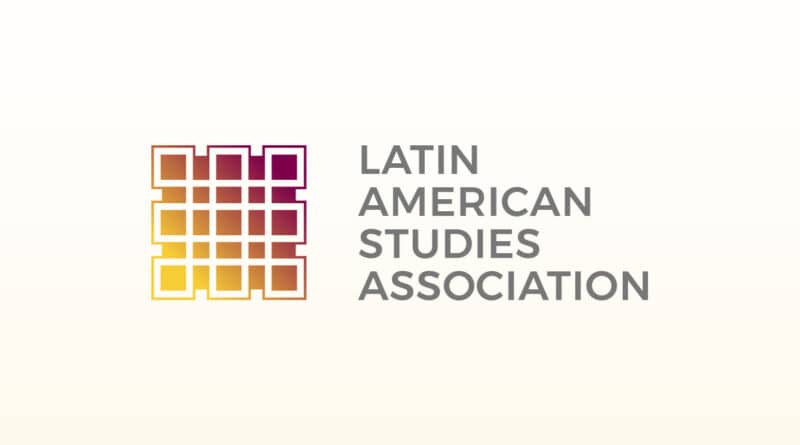 I have read a Latin American Studies Association 2021 (LASA) statement that singles out Cuba on the basis of a certain “concern” about “the treatment of academics, intellectuals and artists in Cuba.” I want to make clear my personal position on this matter. The treatment received by the vast majority of academics, artists and intellectuals in Cuba is one of support from society and the state, including, in the midst of the crisis caused by the pandemic, not only the rights that all Cubans enjoy to healthcare and first-class medical care, but also a system of economic support and subsidies that allow them, in a situation of drastic economic contraction, to have a minimum and decent economic support that allows them to continue creating, studying, and researching.

The system of publications, specialized media and other forms of socialization that Cuba’s intellectuals enjoys is one of the most complete in Latin America and is not only protected, but promoted, by the Cuban government and state. Moreover, the Cuban government and state are currently promoting a dialogue, at the highest levels, with the Cuban intelligentsia, including its artists, writers, researchers, and scientists, among others, in a collective search for proposed solutions to the country’s problems in all areas. Cuba is being designed on the basis of the inclusion of all those who have something to contribute to its Revolution.

RELATED CONTENT: Argentina and Cuba to Join Forces Against the Coronavirus Pandemic

This dialogue is simply unparalleled in all of Latin America. The generalization of LASA’s statement, I sense, is based on the biased criteria of a few, and referring to specific facts whose nature and complexity they do not take into account, is unjustified. This lack of justification becomes embarrassing if we consider that this same statement, like a fig leaf, made a lukewarm condemnation of the blockade, equating it, in the spirit of its statement, to the alleged violation—assumed to be generalized due to the absence of nuance—of the rights of intellectuals in Cuba. The state terrorism and genocidal nature of the blockade has no place in any text that seeks to use its condemnation as an alibi for other purposes. The condemnation of the blockade must be without “buts,” as a simple act of courage towards human beings, in this case, Cuban human beings. It is also noteworthy that at a time when so many countries across the region are being openly repressed, the declaration singles out Cuba, in addition to a couple of other declarations regarding Colombia and Paraguay. Today, Latin American intellectuals, professionals and students are being repressed and their eyes mutilated in Chile; they are being repressed and murdered in Colombia; they are being forced into self-exile in Brazil; they are unjustly imprisoned in Ecuador; they are repressed and have been forced to flee Honduras. The list is long and endless.

In this context, to single out Cuba with ambiguous and generalizing accusations, in the midst of the world’s protest against the blockade, is to lend oneself to Yankee imperialism’s make-believe narrative against Cuba, which constantly tries to find arguments to justify its genocidal policy. I invite the intellectuals and good people of Latin America to speak out against this statement, which I must label as—at the very least—cowardly.