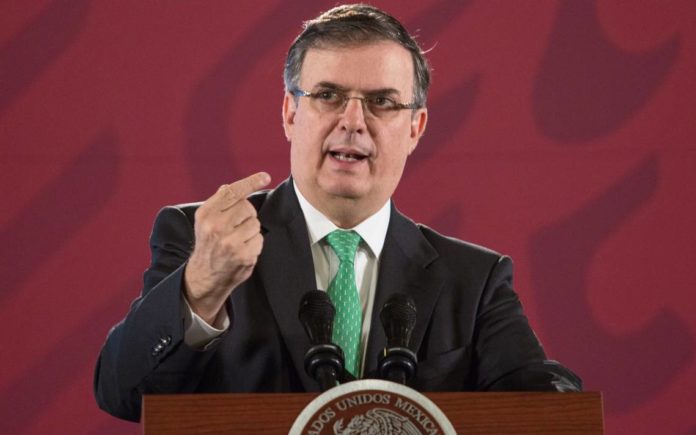 Earlier today, Mexico’s Foreign Affairs Minister Marcelo Ebrard disparaged the Secretary General of the OAS, Luis Almagro, accusing him of repeatedly acting as if he was “autonomous.”

“The performance of the current Secretary General of the OAS, Mr. Almagro, has been one of the worst in history, and we have stated this in the sessions,” declared the head of Mexican diplomacy, regarding the Uruguayan diplomat.

Despite the OAS’s terrible reputation, the government of Mexico confirmed that it would invite the organization as observers for its next election.

Ebrard remarked that his country has a policy “that we do not prohibit any organization that can send its observers, much less organizations of which we are part. They must only respect Mexican legislation.”

The worst OAS management
According to the foreign minister, the OAS has to adjust to the internal laws of Mexico and respect its sovereignty, a condition that Almagro often does not take into account.

Regarding Almagro specifically, Ebrard said at a press conference: “he has acted without consulting the member states. He acts as if he were autonomous, independent, or he assumes that the member states do not need to be consulted. It has been a recurring problem during his tenure.”

RELATED CONTENT: The United States Should Stop Interfering in Mexico

Commenting on the reliability of the OAS mission of electoral observers, Ebrard referred to Bolivia’s experience with this delegation.

He recalled that the OAS created the conditions for the coup against Evo Morales, which served to install a de facto regime for almost a year, which subjected the country to a spiral of repression and violation of human rights:

“There are dubious and questionable cases of intervention in internal processes such as the case of Bolivia, which was shameful, where they practically facilitated a coup in a country with a vital democracy in recent years.”