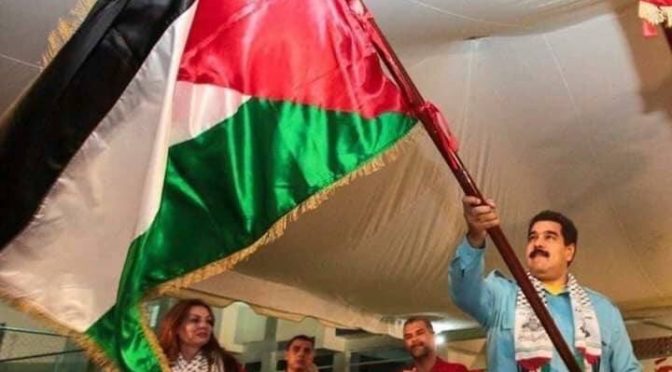 A new coup d’etat was attempted on 24 June in Venezuela. Thierry Meyssan reveals that it was directed both against the administration of Nicolás Maduro and his pro-US opponent Juan Guaidó. Furthermore, according to the recordings of the conversations between the conspirators, it was supervised by the Israëlis.

Yet another attempted coup d’etat took place the 24 June 2019 in Venezuela. All the protagonists were arrested, and the Minister for Information, Jorge Rodríguez, delivered a lengthy explanation on television about the ins and outs of the affair.

Indeed, unlike the previous attempts, this conspiracy had been observed for 14 months by a unit of Military Intelligence which had been trained by Cuban Intelligence. During this whole period, the Venezuelans had penetrated the group and monitored their audio and video communications. As a result, they now have 56 hours of recordings which compose a wealth of irrefutable proof.

Several of the individuals arrested had already been involved in the previous conspiracies, and so it is difficult to imagine that this operation is distinct and separate from those commanded earlier by the CIA.

No better future for the opposition than for the government
Two remarks must be made. First of all, this conspiracy was directed both at Constitutional President Nicolás Maduro and also the self-proclaimed president Juan Guaidó, in order to bring a third man to power, General Raúl Isaías Baduel.

The latter, ex-head of the Chiefs of Staff, then Minister for Defense, had been relieved of his functions by President Hugo Chávez. Baduel then turned against Chavez and took the head of the opposition in 2009. However, it became known that he had misappropriated money from his Ministry. He was tried and condemned to 7 years of imprisonment, a sentence which he served. He was once again incarcerated during the mandate of President Nicolás Maduro, and is still in prison. A commando was supposed to free him and take him to the national television studios, from where he would announce the change of régime. The fact of the promotion of a third president confirms our analysis, published two years ago [1], according to which the aim of the United States is not to replace the Bolivarian régime with another, more obedient government, but to destroy the state structures of the country. From the US point of view, neither the nationalist majority nor the pro-US opposition need waste time with hopes for the future.

The Venezuelans who follow Guaidó and believe that US support will lead them to victory must now admit their mistake. The Iraqi Ahmed Chalabi and the Libyan Mahmoud Jibril returned to their countries in the backpacks of American G I’s. They never knew the destiny for which they had hoped.

Classical analyses of the 20th century, according to which the United States prefer vassal governments to equals are currently overtaken by transnational financial capitalism. This is the meaning of the Rumsfeld/Cebrowski military doctrine, operational since 2001 [2], which has already devastated the « Greater Middle East » and is now crashing down on the « Caribbean Basin ».

According to the recordings of the conspiracy, this was not organised by the United States, even if it is probable that they supervised it, but by the Israëlis. Over the last 72 years, the CIA has organised an incredible quantity of « régime changes » by way of « coups d’etat » or « colour revolutions ». For reasons of efficiency, the Agency can simultaneously hand identical missions to several units, even delegate certain operations to sub-contractors. This is also the case of Mossad, which hires its services to numerous other clients.

Thus, four years ago, another attempt at a coup d’etat occurred in Venezuela. The operation planned for several assassinations and a demonstration which was intended to attack the Presidential palace of Miraflores. TeleSur revealed that this attempt was supervised by foreigners who arrived specially in the country a few days before the events. They did not speak Spanish. The intended route of the demonstration had been mysteriously signposted with graffitis of the star of David and instructions in Hebrew.

Israël in Latin America
Prudently, Minister Jorge Rodríguez avoided making a public statement as to whether the Israëlis who directed the conspiracy of 22 June were or were not mandated by their own state. Numerous examples attest that this is highly possible.

The rôle of the Israëli secret services in Latin America dates from 1982. In Guatemala, Judeo-Christian President Efraín Ríos Montt [3] massacred 18,000 Indians. While Ariel Sharon invaded Lebanon, the Mossad pursued, in his shadow, the social experiments that had been on-going since 1975 in apartheid South Africa – to create Bantoustans for the Mayas – a model which would be applied to the Palestinians after the Oslo Agreements (1994). Contrary to an optimistic reading of events, the fact that Prime Minister Yitzhak Rabin personally supervised these social experiments in South Africa [4] does not speak well of his sincerity when he agreed in Oslo to recognise a demilitarised Palestinian state.

Over the last ten years, the Israëli secret services
– have « authorised» the « private » Israëli company Global CST to lead operation « Jaque » for the liberation of Íngrid Betancourt, held hostage by the Colombian FARC (2008) [5].
– sent snipers to Honduras to assassinate the leaders of the pro-democratic demonstrations during the coup d’etat against Constitutional President Manuel Zelaya (2009) [6].
– actively participated in the overthrow of Brazilian Presidente Dilma Rousseff within the Central Bank, the security of the Olympic Games in Rio de Janeiro and the Senate (2016).

Besides this, the Israëli Defence Forces
– have rented a submarine base in Chile;
– have sent thousands of soldiers to follow two-week training courses on the property of Joe Lewis in Argentinian Patagonia [7].

[3] General Efraín Ríos Montt was an Evangelist. He did not define himself as a « Christian », but as a « Judeo-Christian ». Author’s note. 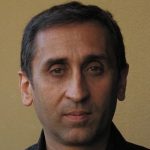