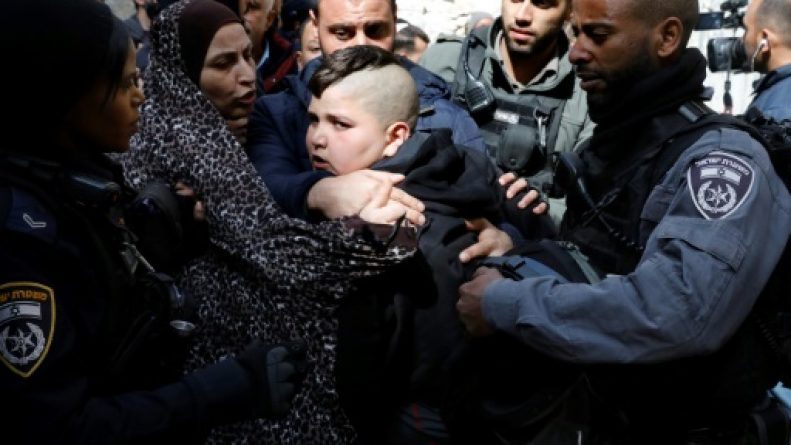 Israeli police on Sunday evicted a Palestinian family from their home in the Muslim Quarter of Jerusalem’s Old City, after the supreme court ruled Jewish claimants were the rightful owners.

An AFP photographer said residents of the neighborliness in Israeli-annexed east Jerusalem scuffled with police, who stood guard as about a dozen Israeli settlers took possession of the large building.

“They disturbed police activities,” he told AFP but could not say if they were subsequently released.

Rania Abu Asab, who lived in the house with her husband, their children and his aunt, stood weeping outside as the settlers raised the Israeli flag on the roof.

“We live there, it’s my house, it’s my whole life,” she said. “They took everything.”

She said the family was compelled to leave behind all its furniture and belongings.

Ir Amim, an Israeli watchdog group which monitors settlement activity in Jerusalem, reported on February 3 that the Abu Asab family had been served an eviction notice ordering them to vacate the property by February 12.

It said family members had lived there since the 1960s.

Israeli NGO Peace Now said the home originally belonged to a Jewish family which fled during the 1948 war which accompanied Israel’s foundation.

East Jerusalem was occupied during that conflict by Jordan until the 1967 Six-Day War, when it was seized by Israel and subsequently annexed, moves never recognized by the international community.

The Abu Asab family lived until 1948 in a neighborhood it fled before eventually moving to the home in question.

Peace Now said in a statement Sunday that under an Israeli law passed in 1950 Palestinians cannot return to homes they fled in 1948.

A 1970 act, however, decreed that property in east Jerusalem abandoned by Jewish owners could be reclaimed.

“The court granted the settlers the house and the Abu Asab family became refugees for the second time,” Peace Now said.