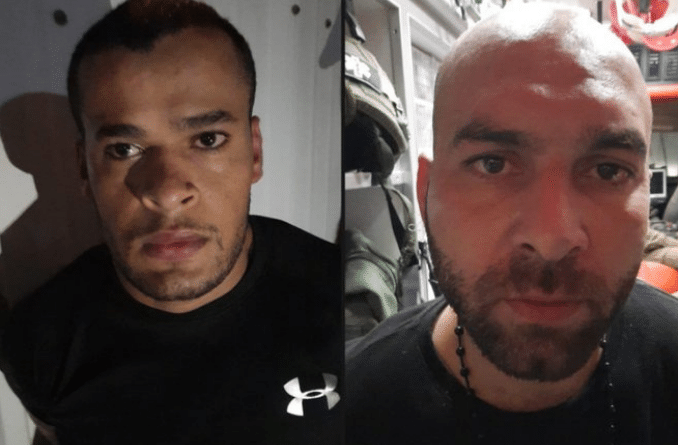 Israeli forces in the predawn hours of Sunday captured the last Palestinian freedom fighters to remain at large following the daring escape from the high-security prison of Gilboa on September 6, the official Palestinian news agency WAFA reported.

Ayham Kamamji, 35, and Munadel Nufei’at, 26, were captured during a military raid of Jenin, north of the occupied West Bank.

The search for prisoners who escaped from Gilboa prison: a large force of the Israeli army enters Jenin, and an intense exchange of fire between gunmen and the army forces.#جنين pic.twitter.com/GtxLimKZXP

Eyewitnesses told WAFA that a large-scale Israeli army force, accompanied by undercover units, raided the eastern neighborhood in Jenin, cordoned off a house, and asked its residents with loudspeakers to turn themselves over to the army.

A few minutes later, Kamamji and Nufei’at, who were reportedly hiding in the house for some time, were announced recaptured.

Clashes erupted in the neighborhood following the Israeli raid. The Israeli soldiers fired live bullets at the protesters, injuring at least two of them, WAFA reported, adding that Israeli forces also detained two local Palestinian residents during the raid, including a man with a physical disability.

The six freedom fighters broke out of the maximum-security Israeli prison by digging a tunnel under a sink in their cell, using spoons, plates, and even the handle of a kettle.

Featured image: Munadel Nufei’at (L) and Ayham Kamamji, were captured during a military raid in Jenin. (Photo: via Social Media)