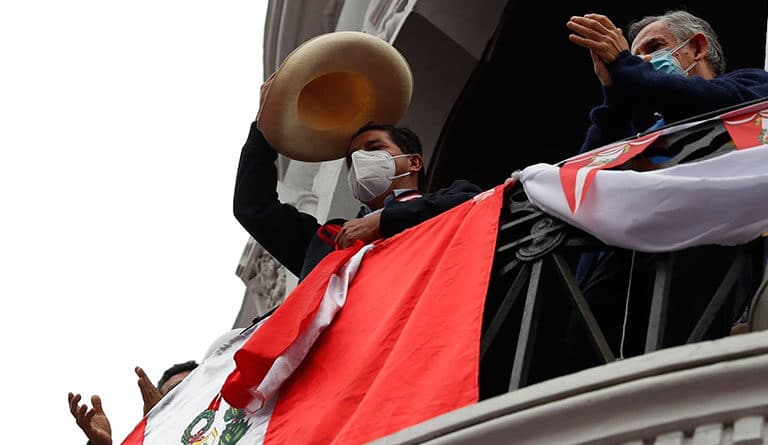 After a tense wait and five days of processing the minutes following the June 6 elections, Peruvians can finally meet their new president-elect. With 100% of the votes processed by the National Office of Electoral Processes (ONPE), the candidate of Perú Libre, Pedro Castillo, obtained 50.198% of the votes cast at the national level, while Keiko Fujimori achieved 49.802%.

The update indicates that Castillo obtained a total of 8,800,081 votes, while Fujimori received a total of 8,730,535. A margin of victory this narrow, in any country, would normally lead to a clear announcement by the authorities to lay to rest any disruptive claims by the defeated party, but this has not happened so far.

The ONPE reported that a total of 86,488 minutes were processed, while 647 were sent to the National Elections Jury (JNE).

The 100% result was achieved after the arrival of the last two electoral records from the Morona district in Datem del Marañón province, in the Loreto region, to the Office of Electoral Processes of Alto Amazonas.

Persistent prevailing rains in the area forced the computer center’s retrieval of records to be done first by river, and then by air.

The records processed are all those that have entered the corresponding computer center and have undergone digitization and verification. On the other hand, the minutes counted include all those whose votes have been counted.

For climatic reasons, the last electoral records to be processed also included those of the Cusco and Junín regions.

The head of the ONPE, Piero Corvetto, thanked all the personnel of the electoral organization for the achievement and confirmed that the final result will reflect the popular will, as expressed at the polls.

International reactions
One of the first messages of congratulation posted on Twitter was from former Bolivian President, Evo Morales: “Pedro Castillo, soul brother and compa in the struggle, you are the pride of social and professional patriotic movements. Many congratulations for this victory, it is the victory of the Peruvian people, but also of the Latin American people who want to live with social justice,” wrote Morales this Wednesday, June 9.

The Argentinian President Alberto Fernandez also posted a message on his Twitter account this Thursday after the Peruvian electoral authority posted the last and final update with 100% of the ballots counted. “Today I contacted Pedro Castillo, elected president of Perú. I expressed to him my wish to join forces for the benefit of Latin America. We are deeply fraternal nations.”

The president of Bolivia wrote “Bolivia joins the celebration of the Peruvian people and congratulates our brother Pedro Castillo, President Elect of Perú, country with which we share history and culture. The Patria Grande adds forces to continue in the struggle for a future with justice and equality for the peoples.” Luis Arce shared the message on Thursday afternoon.

The former president of Brazil and strong favorite to become the next President of the South American giant, also made public a tweet: “I want to congratulate Pedro Castillo for the important victory in Perú and salute the Peruvian people for their free and democratic elections,” wrote Lula da Silva. “The result in the Peruvian ballots is symbolic and it represents a step forward in the people’s struggle of our beloved Latin America.”

The former Ecuadorian president, Rafael Correa, also posted a message on his Twitter account: “Perú has a new president, a humble rural teacher. You have to be afraid of the humble. Look at what Lula and Evo did. Hasta la victoria siempre (ever onward to victory), President Castillo,” wrote Correa.