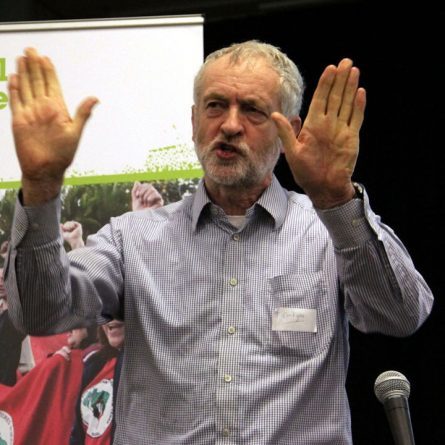 Labour leader Jeremy Corbyn said on Friday that the intervention in Venezuela and the call for sanctions against the government of Nicolas Maduro are “wrong” and that only Venezuelans have the right to decide their own destiny.

“The future of Venezuela is a matter for Venezuelans. The request of the U.K. Secretary of Foreign Affairs Jeremy Hunt for further sanctions against Venezuela is wrong” said Corbyn in a tweet posted Friday about the political situation in Venezuela. “We oppose outside interference in Venezuela, whether from the US or anywhere else. There needs to be dialogue and a negotiated settlement to overcome the crisis” concluded Corbyn, thus opposing the recognition of Juan Guaido as “interim president” of Venezuela, any interference in the affairs of another country through sanctions and any hypothesis of military intervention.