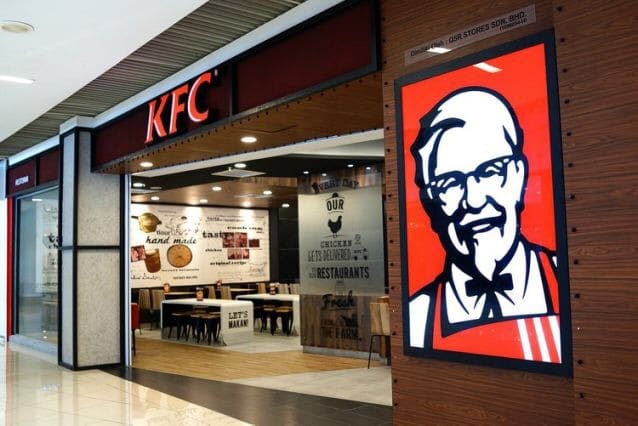 KFC in Venezuela is accepting payments using the cryptocurrency Dash starting this week, joining a growing list of fast-food chains that accept crypto in Venezuela, including Subway and the Papa John’s pizza chain.

KFC will initially roll out the program at its store in the Venezuelan capital of Caracas before expanding to 24 other locations across the nation, Forbes reported.

Alejandro Echeverría, the co-founder of Dash Merchant Venezuela and Dash Text, has been working with KFC for the past three months to promote more widespread adoption of Dash in the socialist South American country.

Echeverria said there are already 2,445 merchants in Venezuela that accept Dash.

In November 2018, Echeverria launched Dash Text, an SMS-based cryptocurrency transaction service that doesn’t require a smartphone or the internet, as CCN reported.

This is particularly useful in poverty-stricken Venezuela, where 60% of the population don’t own a smartphone and have limited internet connectivity.

The organization Dash Merchant Venezuela is making a major push to advance cryptocurrency adoption in Venezuela because hyperinflation has devastated the near-worthless bolivar.

The International Monetary Fund projects that Venezuela’s annual inflation rate will soon rocketto a staggering 1,000,000%, as the country’s oil production continues to plunge.

Dash Merchant’s Alejandro Echeverria hopes the cryptocurrency will emerge as a common means of payment and a store of value. Echeverría has huge ambitions for 2019, during which he hopes to have 10,000 merchants accept Dash payments.

In August 2018, the price of Dash spiked 20% amid news of growing adoption across Venezuela, as CCN reported. Venezuelans reportedly favor Dash over Bitcoin and other cryptocurrencies because of its relatively faster transaction confirmation times.

While Bitcoin transactions take an average of 10 minutes, it can take up to an hour during peak periods. In contrast, Dash transactions average two-and-a-half minutes, thanks to a masternode network which allows it to offer an Instant Send service.

KFC’s ‘Bitcoin Bucket’ Sold Out in One Hour

Bitcoiners who love fried chicken shouldn’t feel left out. KFC has been on the cryptocurrency bandwagon for some time.

In January 2018, KFC Canada launched the Bitcoin Bucket, which allowed customers to buy a bucket of chicken with bitcoin.

The Bitcoin Bucket, which included 10 chicken tenders, waffle fries, gravy, and two dips, sold out within an hour after it was made available.

KFC joked about the marketing stunt on Twitter: “KFC Canada presents the Bitcoin Bucket. Sure, we don’t know exactly what Bitcoins are, or how they work, but that shouldn’t come between you and some finger lickin’ good chicken.”