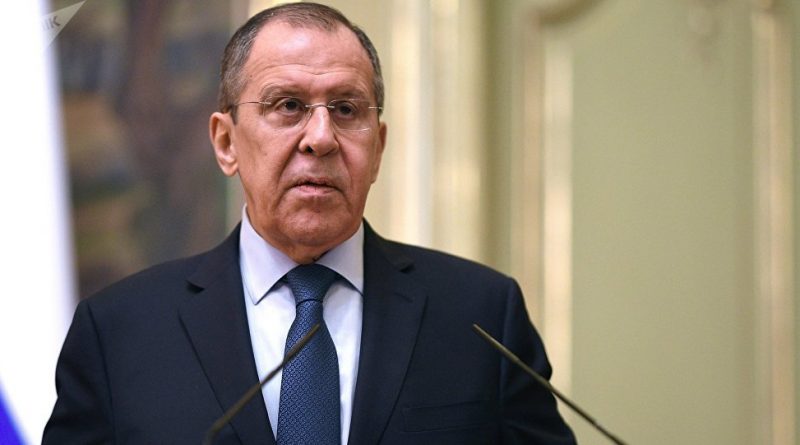 The Russian Foreign Minister also highlighted positive changes around the situation in Venezuela.

“Regarding Venezuela, the situation improves,” Lavrov observed in an interview with Latin American media and the Russian RT network, granted before his tour of the region, which will take place between July 23 and 27 and will include Cuba, Brazil and Suriname.

Lavrov said that after the attempts to “provoke a color revolution from abroad” failed, the Oslo negotiation process began.

“This process seeks to reach agreements and commitments between the Government and the opposition, common sense prevails again,” said the chancellor.

“Taking into account the positive statements of the President of Venezuela, [Nicolás] Maduro and the opponents, regarding the development of the negotiation process, I hope that an agreement will be reached that is convenient for everyone and first respects the interests of the Venezuelan people” he said.

The minister said that Russia actively communicates with representatives of the political circles of Venezuela.

Lavrov mentioned in this context that “constant threats” are being observed from the United States.

Last week the fourth round of talks between the Government and the opposition culminated in Barbados with the mediation of Norway.

For its part, the Oslo Ministry of Foreign Affairs issued a statement in which it assured that the dialogue will continue and asked the parties for maximum caution in the statements they issue.

This was the second time that Venezuelan sides met in Barbados, to continue the round of dialogues that began on May 14 in Oslo.

The contacts held in the Nordic country represent the first rapprochement between representatives of the Government and the opposition since the most recent political crisis, which broke out in January after Maduro’s swearing in for the period 2019-2025.

US blockade of Cuba
The economic embargo imposed by the US on Cuba is unacceptable, said the Russian minister.

“It is an absolutely unacceptable behavior, the sanctions are almost 60 years in force, they try to soften them a bit but then harden them again,” said Lavrov.

With the activation of Title III of the Helms-Burton Act on May 2, the head of Russian diplomacy said, “The United States once again demonstrated to everyone that it despises international law and tries to extend its own laws to others extra-territorially “.

The “Law for Cuban Freedom and Democratic Solidarity”, or simply the Helms-Burton Act, which contemplates the application of the economic, commercial and financial embargo to Cuba, entered into force in 1996, minus Title III, repeatedly suspended by all Washington administrations prior to that of President Donald Trump.

Title III allows US citizens to file lawsuits for the use of nationalized or confiscated property in Cuba in the 1960s.

According to Lavrov, the US blockade policy has no perspective and nobody in the world supports it.

“The overwhelming majority, more than 190 states, vote each year in favor of the resolution that cancels the trade embargo against Cuba,” said the Russian foreign minister, “the US alone or with two or three of its closest allies, what happens very rarely, vote against the resolution.”

At the same time, the Russian minister is confident that “the US finally realizes that this policy is a dead end.”

For the US itself it would be more useful to behave, with other countries, on equal terms, as it should, Lavrov said.