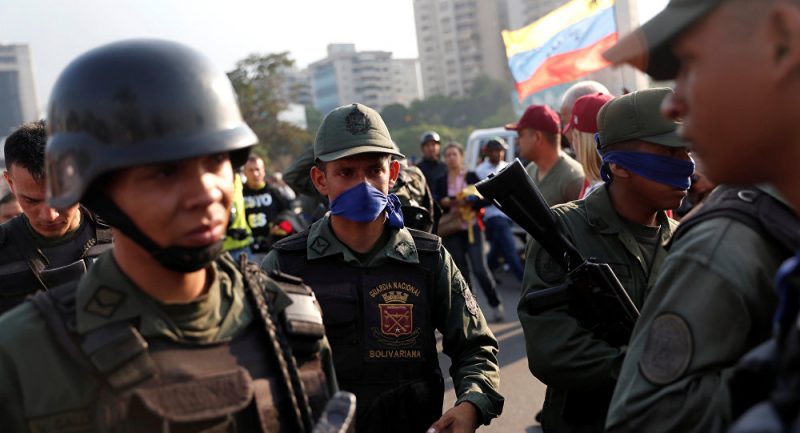 International News
May 1, 2019 orinocotribune coup d’etat, Lavrov, Pompeo, Russia, Trump not knowing what to do, US Imperialism

Earlier, US Secretary of State Mike Pompeo reiterated the US’ earlier threats to use force in Venezuela to overthrow the democratically elected government “if that’s what’s required.”

Russian Foreign Minister Sergei Lavrov has warned his US counterpart Mike Pompeo that the continuation of the US’ “aggressive steps” toward Venezuela is fraught with “serious consequences.”

“It was indicated that the continuation of aggressive steps is fraught with the most serious consequences. Only the Venezuelan people have the right to determine their destiny, for which dialogue between all political forces in the country is needed, and for which the government has long called for. Destructive pressure from outside, especially force, has nothing to do with the democratic process,” Lavrov said, according to a statement summarizing his remarks which was published on the Russian Foreign Ministry’s website.

Lavrov spoke to Pompeo by telephone on Wednesday, one day after Venezuelan opposition leader Juan Guaido announced the beginning of the “final phase” in the opposition’s bid to seize power in the Latin American country.

The telephone call was requested by the US, with other issues, including future Russian-US diplomatic contacts, and the humanitarian situation in Syria also touched upon, according to the foreign ministry.

Earlier, Secretary Pompeo said that while the US would prefer to see a peaceful ‘transition’ in Venezuela, it would not take the military option off the table.

“Military action is possible. If that’s what’s required, that’s what the United States will do,” Pompeo said. Earlier, the Russian foreign ministry dismissed Pompeo’s claim that Moscow supposedly convinced President Nicolas Maduro not to flee his country for Cuba. Foreign ministry spokeswoman Maria Zakharova called the claim a ‘fake’ that was just part of the US information war aimed against the Latin American country. Venezuelan officials similarly dismissed Pompeo’s claim as “fake news,” adding that they demonstrated the failure of the ‘US-backed coup attempt.’

On Tuesday, Venezuela’s opposition gathered in Caracas, calling on the military to join them for the “final phase” of their “Operation Freedom” campaign to oust the Maduro government. Clashes between the opposition and the security forces left at least 69 people injured, and prompted President Maduro to announce on television that he had appointed prosecutors to investigate an attempted coup in the country.

National Assembly lawmaker Juan Guaido proclaimed himself Venezuela’s interim president on 23 January, two weeks following President Maduro’s inauguration for a second term after elections in May 2018. Guaido was immediately recognized by the US and its Latin American and European allies, as well as Canada, while Russia, China and dozens of other countries voiced their support for Maduro, or urged non-interference in Venezuela’s internal affairs.