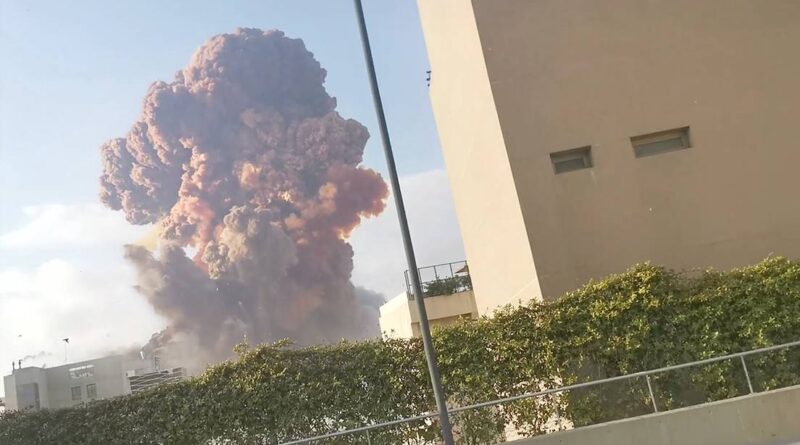 At least two strong explosions have been registered on Tuesday afternoon in the Lebanese capital, Beirut. The images published on social networks show the magnitude of the event. Lebanon’s medical and security sources have so far reported at least 30 fatalities and more than 3,000 injuries, in addition to extensive material damage.

The Health Minister, Hamad Hassan, initially attributed the blasts to a ship carrying fireworks. However, the relevant authorities ruled out the version of the explosion.

Lebanon’s chief of internal security, Abbas Ibrahim, stated that a massive explosion in the Beirut port area occurred in a section housing “highly explosive” materials , and not just fireworks as previously reported by the state news agency. In addition, he refused to speculate on the cause of the detonation, assuring that “he cannot anticipate the investigations.” 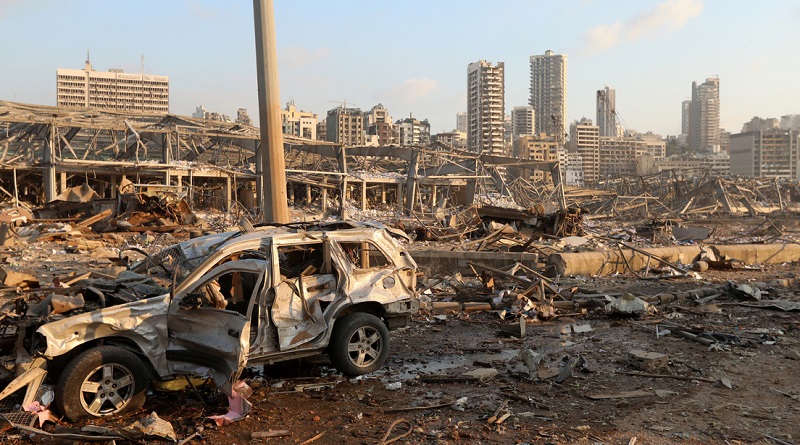 The first explosion occurred near the city’s port shortly after 18:00 local time. Reports of another explosion soon appeared near the site of the first one.

The videos captured the blast wave that struck buildings miles away, as a huge cloud of dust and debris rose through the sky.

Hospitals were soon reported to be overcrowded and the wounded were being sent to hospitals outside the capital.

A video showing the Saint Joseph Hospital in Beirut has been released on social media. The recording shows that the medical center is full of wounded and that there is not enough space for all the patients. Many have to sit on the floor of the hallways, stained with the blood of the victims.

Allah with you all
Everything will be okay Inshallah 🤲🏻
Stay safe 💔 #Beirut pic.twitter.com/v8uBamNaxU

Other images recorded by local residents reveal the great damage to the interior of buildings. Debris also appears scattered on the streets and vehicles that have been hit.

The detonations in Beirut also caused damage to the international airport building several kilometers away from the epicenter. The impact of the noise was such that it was even felt in Limassol, Cyprus .

“National catastrophe”
In this regard, the governor of Beirut, Marwan Abboud described the event as “a national disaster similar to Hiroshima” and stated that the explosions affected approximately half of the city.

During his appearance before journalists from one of the affected areas, the governor could not contain his tears, offering more details about what happened.

“Never in my life have I seen such a great disaster, so catastrophic. This is a national catastrophe. This is a disaster for Lebanon. We don’t know how we are going to recover from this. We have to stay strong, we have to be brave,” said the official.

The disaster has also claimed the life of the secretary general of the Lebanese Phalanx political party, Nazar Najarian. 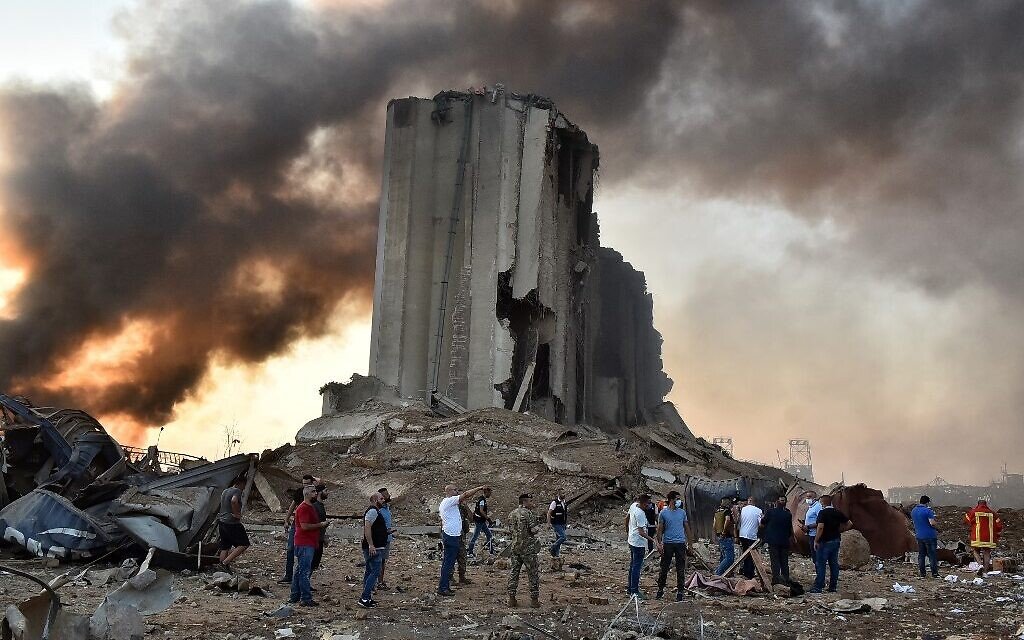 International reactions
International reactions to the disaster in Lebanon were felt within hours. The US State Department expressed its solidarity, noting that it is ready to offer “all possible aid” and closely monitor the situation to determine if there are US citizens among the victims.

France and Iran have also offered their aid to the Lebanese people.

For its part, Israel affirmed that the country’s government has nothing to do with the explosion that shook Beirut. In turn, sources close to the Lebanese Hezbollah movement commented that the information circulating about the alleged Israeli attack against its arms warehouse in the port of the Lebanese capital is false.