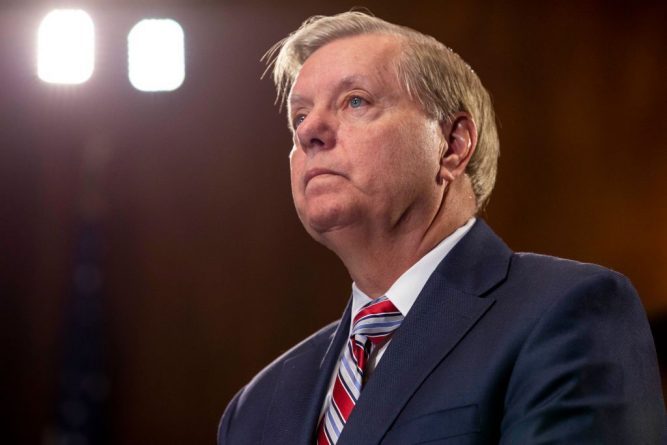 “We need points on the board.”

Sen. Lindsey Graham (R-SC) wants the United States to use military forces to intervene in Venezuela to depose the country’s contested president, Nicolás Maduro. His reason: it will scare other foreign countries like North Korea and Iran to see America put “points on the board.”

During a Fox News appearance on Friday morning, Graham was asked about the many foreign policy challenges President Donald Trump faces with Maduro still in power, North Korea continuing to ignore its supposed deal with Trump to move toward total denuclearization, and Iran allegedly attacking oil tankers in the Gulf of Oman.

“It’s a time of testing,” Graham responded, urging Trump to “put military force on the table” the way President Ronald Reagan did when he invaded Grenada in 1983. This, he argued, could help sever Venezuela’s support from Cuba.

After praising Trump for his foreign policy diplomacy, Graham said that the time has come for action.

“We need points on the board. Start with your own backyard. Tell Cuba if you are not out of Venezuela, in a week, and people are starving and dying in Venezuela because Maduro is such a thug, then we are making a mistake. Fix Venezuela and everybody else will know you are serious.”

This is not the first time the senator has argued for invading Venezuela — or at least threatening to do so — as a strategy to stop Cuban influence there. But it is the clearest he’s been that he wants to pursue a war-mongering approach for the optics it will create.

Trump cited Graham in February as an example of a person he listens to on foreign policy matters.