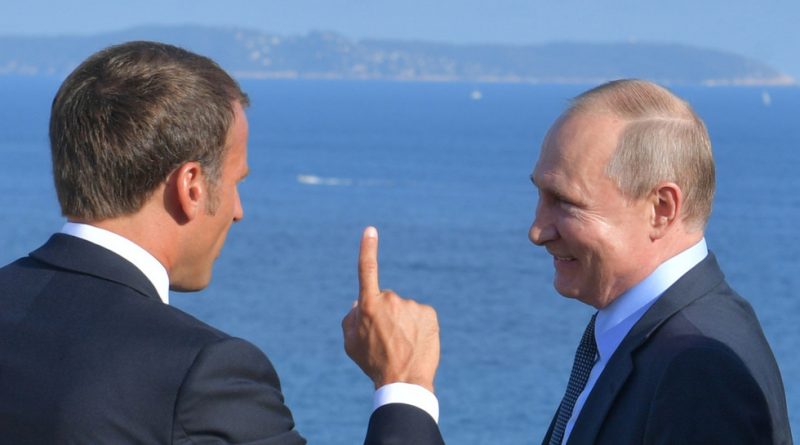 Emmanuel Macron took the opportunity to tell Russia’s Vladimir Putin that a “true democracy” should treat protesters with respect. In France, anti-Macron protesters have been met with police batons for the past 40 weekends.

The two leaders met ahead of the G7 summit, which Russia will not be part of, to talk about issues both bilateral and international. Amid the mostly-amicable exchange, the French president scaled the moral high ground to admonish Putin for his treatment of protesters at home.

“We called this summer for freedom of protest, freedom of speech, freedom of opinion and the freedom to run in elections, which should be fully respected in Russia like for any member of the Council of Europe,” Macron said at a joint press briefing at his summer residence on the French Mediterranean coast ahead of 3.5-hour-long talks with Putin.

Referring to a series of opposition protests that were held in the Russian capital in recent weeks, the French leader urged Russia to abide by international agreements guaranteeing freedom of speech and freedom to gather.

RELATED CONTENT: Telling the Truth in a Climate of Disinformation

“That is why a lot of people were concerned with what is going on in Moscow with all the arrests … that were made by police,” he said. Indeed, both the Western political establishment and media have been gripped by the news of the rallies in Moscow.

What they have not been nearly as thrilled about, though, are the ongoing Yellow Vest rallies in France itself. The country, which, according to Macron, “has always respected all the rights of its citizens,” has seen protests for the past 40 weekends – larger than those in Moscow, and met with a much tougher police response.

While the latest rallies in Moscow were indeed marred by occasional instances of violence and resulted in an unusually high number of detentions, which gave the Western media an opportunity to present it as a crackdown, they still have a long way to go to compare to what the French Yellow Vests have been enduring.

Originating as a protest against a planned fuel tax hike last November, the protests have since turned into a broader movement opposing the policies of Macron and his government. Over the months, which saw demonstrations every weekend, the rallies repeatedly spiraled into clashes between the protesters and police.

This has resulted in thousands of protesters suffering various – sometimes life-changing – injuries, like lost eyes and limbs. In July, hundreds of people even joined the ‘march of the mutilated’ in Paris to protest police brutality.

Putin himself made a reference to the Yellow Vests’ protests, saying that Russia does not want to see uncontrolled violence on its streets, and that citizens are given opportunities to express their opinion in a peaceful and legal way.

“Our people have the right to voice their protest. The authorities need to make sure that this right is upheld,” the Russian leader said, adding, though, that the idea of respecting that right should not be reduced to “absurdity.”

“It should not lead to clashes. Anyone responsible for violence should be held accountable under Russian law.”