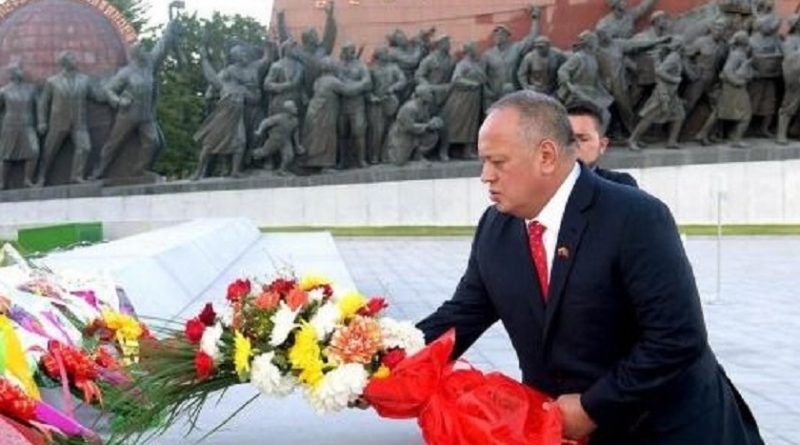 03-10-19.-After the visit of a Venezuelan delegation last week to both countries, Venezuelan President Nicolás Maduro announced on Wednesday that agreements were reached with North Korea (DPRK) and Vietnam. The delegation was led by Deputy Diosdado Cabello.

Cabello, accompanied by the Minister for Communes, Blanca Eekhout, and other government representatives, visited both countries last week.

And he pointed out that the agreements include energy exchange and military cooperation.

Cabello also said that from Korea they confirmed the invitation to President Maduro to visit the Asian country. Maduro responded that his trip to North Korea will be soon and also proposed the creation of a high-level commission to evaluate new forms of exchange.

During the government of Nicolás Maduro, relations with North Korea have been increasingly invigorated. Maduro spoke about the inauguration of the Venezuelan Embassy in North Korea with the aim of strengthening ties of friendship and cooperation between Caracas and Pionyang.