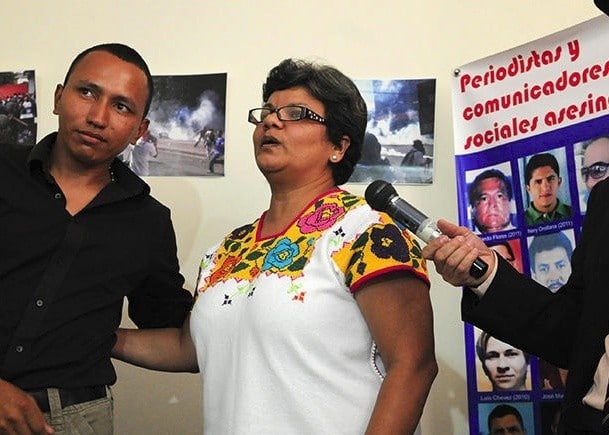 Miami, October 3, 2019 —Honduran authorities must immediately investigate an attack on journalist Sandra Maribel Sánchez and guarantee the safety of the press in the country, the Committee to Protect Journalists said today.

On September 26, at around 5:30 p.m., an unidentified man approached Sánchez, a reporter and anchor for local broadcaster Radio Progreso, while she was exiting her car in Tegucigalpa and pointed a gun at her head, demanding she get back in her vehicle, Sánchez said during a press conference aired by her employer. At that moment, another car drove close by the scene, prompting the man to flee on a motorcycle, she said.

Sánchez told CPJ in a phone call that she has refused to report the incident to authorities or file a complaint to the Prosecutor’s Office, arguing that her previous complaints have gone unresolved. “The justice system in the country is in a deplorable state,” she added.

“Honduran authorities must take swift action to investigate the attack on Sandra Maribel Sánchez, bring those responsible to justice, and commit to guaranteeing the safety of journalists under threat,” said CPJ Central and South America Program Coordinator Natalie Southwick in New York. ” It is a damning indictment on Honduran authorities that a journalist would not bother to report an attack to police in the knowledge that nothing will be done.”

Sánchez told CPJ that she believes she was targeted for her critical reporting on the Honduran armed forces, the security crisis in Honduras, and allegations of government corruption. In 2018, she received death threats by phone for her reporting on government reforms in the country, according to news reports.

Sánchez said she was contacted by an agent representing Honduras’s National Protection Mechanism for Journalists and Human Rights Defenders following the September 26 incident, but declined to join the program, citing her general mistrust of Honduran state institutions and her refusal to provide the government with personal information for a risk assessment.

“I do not believe in the mechanism. The experience that we have in this country is that the mechanism is not effective,” Sánchez told CPJ. “You are supposed to reveal everything to them, in a country where there is no rule of law.”

CPJ’s repeated calls to the Honduras Human Rights Secretariat, which oversees the protection mechanism, were not answered.

In 2011, Radio Progreso manager Nery Geremías Orellana was shot and killed by unknown assailants in Lempira, as CPJ reported at the time. In 2000, the coordinator of Radio Progreso’s press department, Julio Cesar Pineda, was seriously wounded in an attempt on his life in the town of El Progreso, according to CPJ reporting. At the time, CPJ had reason to believe that Pineda was attacked because of Radio Progreso’s coverage.