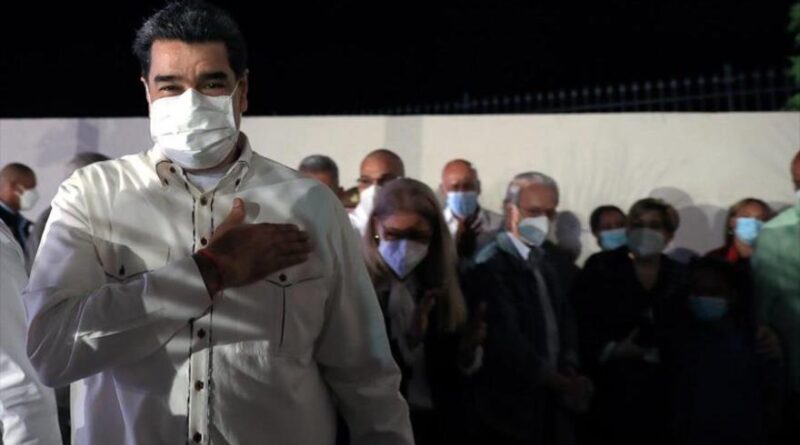 Venezuelan President Nicolás Maduro traveled to Cuba to attend a commemoration ceremony held in honor of Fidel Castro, “a transcendental and unshakable hero.”

On Thursday, November 25, Venezuelan President Nicolás Maduro made a surprise visit to Havana, Cuba to participate in the inauguration of the Fidel Castro Ruz Center. The Center commemorates Castro’s legacy five years after his death. Fidel Castro led the revolution against Fulgencio Batista’s dictatorship and triumphed in 1959, establishing a socialist republic in Cuba that is still going strong despite adversities.

President Maduro wrote on Twitter: “we attended the inauguration of the Fidel Castro Ruz Center in the heroic city of Havana… commemorating the fifth anniversary of the passing of our Commander Fidel.”

During the Castro Center’s opening ceremony, President Maduro joined in the commemoration alongside his Cuban counterpart, Miguel Díaz-Canel, and former president Raúl Castro.

RELATED CONTENT: US Magazine the Nation Organizes Trips to Cuba

According to another message on Twitter, Maduro, who had not traveled to Cuba since December 2019, described Fidel Castro as a “a transcendental and unshakable hero” who knew how to guide the island nation in the midst of hardships, and who defended its sovereignty.

For its part, the Castro Center thanked President Maduro on Twitter for his participation in the inauguration event. The Center also made a commitment to strengthening the close relations between the peoples of Venezuela and Cuba, now more than ever.

Venezuela and Cuba are two nations hit by cruel economic sanctions exerted by the United States. Washington continues to tighten its embargoes on Venezuela in order to force “regime” change and thus control, once more, a country rich in resources.

As for Cuba, in 1962, three years after the victory of the Cuban Revolution, the US imposed an ongoing severe economic, commercial, and financial blockade as a punishment inflicted on the entire people. The people of Cuba have sought their release from the embargo ever since.

Faced with such a dire situation, Caracas and Havana have united against Washington, increasing their bilateral ties which, according to Venezuela, is a sign of the failure of US aggressions.