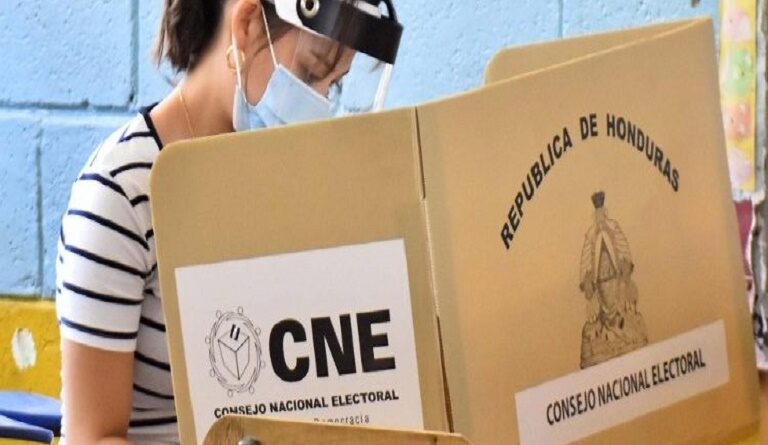 On Sunday, November 28, Honduras will hold its general elections in which 14 political parties and 12 candidates will contend for the presidency and other government posts.

Out of Honduras’ 9.5 million inhabitants, more than 5 million have been registered to elect the country’s president, three vice presidents, 298 municipal mayors, 128 local deputies, and 20 representatives, to its Parliament.

According to local opinion polls, of the 12 presidential candidates, Liberty and Refoundation (Libertad y Refundación or Libre) party candidate Xiomara Castro, as well as ruling National Party’s Nasry Asfura, and Yani Rosenthal of the Liberal Party—the country’s second largest opposition force, are the favorites to win.

The deadline for publishing opinion polls expired on October 28 but, according to samples released a few days after the ordinance came into force, Castro, wife of former President Manuel ‘Mel’ Zelaya, is ahead of official party candidate Asfura.

EFE News Agency considers that the outlook in the elections is uncertain because, according to some analysts, no candidate among the three favorites to win will concede defeat, at least not Castro or Asfura.

In days prior to the elections, a delegation from the European Parliament and around 20 member state diplomats arrived in Honduras, hence the EU Electoral Observer Mission will bring together more than 70 observers.

However, the EU Mission will not issue assessments during elections. They will do so only on Tuesday, November 30, when they will publicly issue a preliminary statement. The EU will publish a definitive report, plus recommendations, one or two months later.

RELATED CONTENT: Elections in Honduras: The Challenge of Ending Twelve Years of Neoliberalism

Other observer organizations that will attend the elections are the Inter-American Union of Electoral Organizations (UNIORE) and the local National Human Rights Commissioner. The latter will deploy more than 605 volunteers covering 96% of the country.