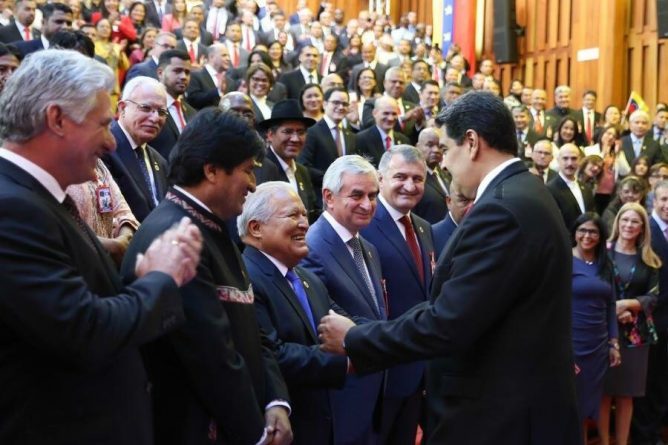 The Brazilian right and much of the left, aligned with the US interventionist actions, made harsh criticisms of the presence of the PT president, Gleisi Hoffmann, at the inauguration of the re-elected president of Venezuela, Nicolás Maduro. The PT parliamentary leader, however, she was not alone: the Venezuelan president’s ceremony was attended by delegations from 94 countries and international organizations, which are not restricted to the left.

To have an idea, the possession of the Brazilian president, Jair Bolsonaro , on January 1, gathered the least number of international delegations in years: they were only 46 delegations present. 7 countries were represented with head of states: Hungary, Israel, Bolivia, Chile, Honduras, Paraguay and Uruguay.

For Maduro’s Inauguration the president of China, Xi Jinping, sent as his representative to the Minister of Agriculture, Han Changfu. Representing Russia and the government of Vladimir Putin, Ilyas Umakhanov, Speaker of the Senate, from Turkey, the Vice President of the Republic, Fuat Otkay, representing President Erdogan. High representatives of Iran, Palestine, South Africa, Belarus, Algeria, Egypt, Iraq, Syria, North Korea, Laos and Vietnam, among others, also participated.

8 head of states went personally to Caracas to show their support to Nicolás Maduro: