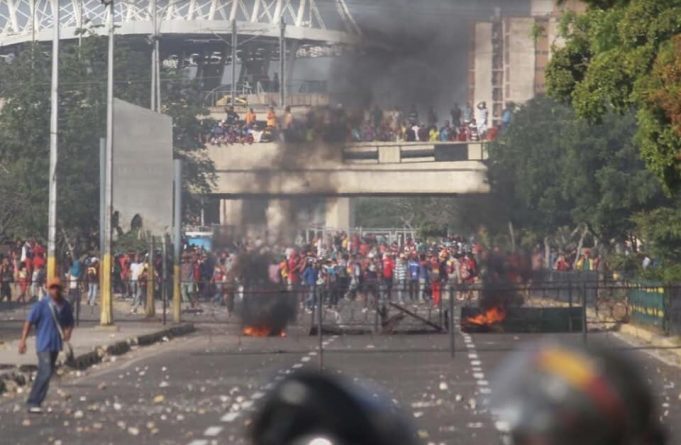 The mayor of Maracaibo, Willy Casanova, told Panorama in the afternoon of this Wednesday, January 9, that so far there is a balance of 17 people arrested after the violent acts provoked in the central part of the Zulia capital since early morning hours, a situation that indicated that it is “fully controlled”.

“At the end of the afternoon, around 2:00 p.m., we were able to regain control on Libertador Avenue, 17 detainees was the result, held by the Bolivarian National Guard,” Casanova said, noting that accurate information is still not being handled about possible injuries on the site.

On the other hand, Mayor Casanova said that “the situation with the street vendors was mixed with actors of the guarimba, there were people hooded, people who made destruction. These are not actors of the informal economy, but other forces that moved in today”, he said.

He said the situation is “fully controlled” and they will investigate the facts to clarify what happened. “We are in the process of investigating facts that seem suspicious to us, because since September 26, we have been working without any type of incident. Today the reaction was irrational to the actions we have been executing since the intervention of the Las Pulgas market, so we presume that other actors are moving for other purposes.” In addition, the mayor denounced that individuals damaged VEN 911 cameras that registered much of what happened. He also reported that a violent group entered the Oil Towers, after which about 12 vehicles were affected, because their windows were blown, actions that, he said, were neutralized, so no additional damages was recorded. Casanova said that the work plan for tomorrow is composed of three work committees to address the case in downtown Maracaibo.

A commission will be directed by Jessy Gascón, the president of the Municipal Chamber of Maracaibo, taking care of the situation with street vendors in the Las Pulgas market; another will be chaired by the Intendant of Tributes, Jean Carlos Martínez, with the purpose of resolving the issue in the Callejón de Los Pobres; and a third one headed by the Ombudsman, Joon Labarca, to attend the allocation of the premises in the Simon Bolivar shopping center for those merchants who want to “regularize.”