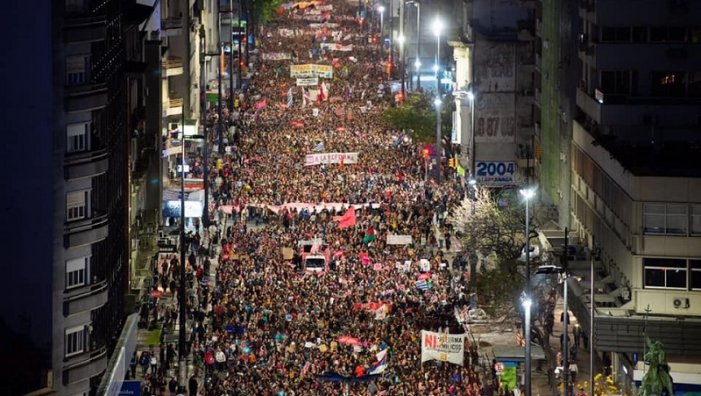 The streets of Montevideo were on Tuesday the scene of a massive mobilization against the so-called “Reform live without fear” that enables the use of military forces in “internal security.”

From the esplanade of the University to the Plaza Cagancha, a crowd mobilized in rejection of the proposal for constitutional “reform” carried out by the promoters of the “Living Without Fear” campaign. This constitutional reform, promoted by the senator of the National Party Jorge Larrañaga, and other sectors of the right, seeks the use of military and the Armed Forces in “internal security” through a referendum that will be voted on Sunday, during the Presidential election day.

Organized by the Non-Reform Articulation, which brings together different groups and social organizations, protesters reject the proposals promoted by the right, including the participation of the military in internal security tasks, enables night raids and other repressive and authoritarian court measures.

The mobilization closed with musical shows in Plaza Cagancha.

From La Izquierda Diario Uruguay and the Pan y Rosas Uruguay group participated and summoned the mobilization participating from the column of the Collectives against the Reformation.