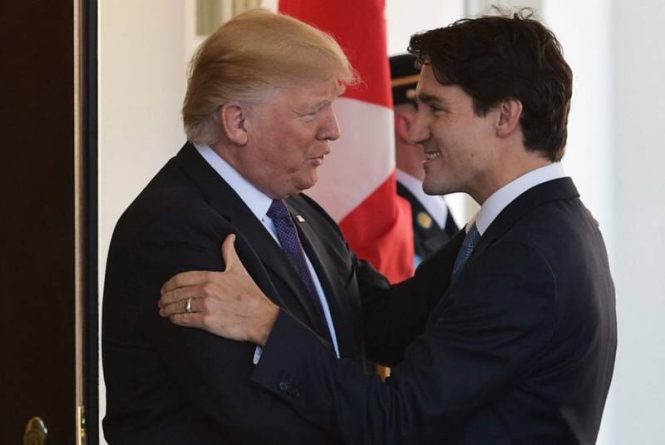 I hate to say it, but Canada and the United States are headed for a major bilateral dust-up in little over a month. And with Donald Trump wandering around the White House, it is not the type of Canada-U.S. dispute that lends itself to easy resolution.

It all revolves around the sticky issue of Title III lawsuits against Canadian companies operating on allegedly stolen property in Cuba —under the badly outdated Cuban Liberty and Democratic Solidarity Act (or what is popularly referred to as the Helms-Burton Law) of 1996. Recent pronouncements by the Trump administration that it is not going to sign off on the presidential waiver of the Title III provisions will leave the Canadian government with no choice but to protest firmly and loudly in official Washington.

I repeat: protest firmly and loudly against U.S. President Donald Trump. Hmmm. Now that ought to go well for Justin Trudeau and Canada. Indeed, what could possibly go wrong?

How about everything — and then some? Remember, we have a NAFTA 2.0 still pending and a U.S. president who claimed it was the worst trade deal ever negotiated. Do we risk jeopardizing that by calling Trump’s Cuba policy to task?

The interesting thing about all of this is that we’ve actually been here before, battling over the implications of Helms-Burton. And the bilateral temperature was only lowered when former U.S. president Bill Clinton relented and chose to invoke the executive waiver of the Title III clause. But before the waiver was triggered, Canada launched an all-out diplomatic assault on the anti-Cuba law.

The central focus of Ottawa’s efforts then (and once more) was on the “extra-territorial” application of U.S. law to Canadian corporate entities. There was just no way that Canada (and many other countries) could permit the U.S. to “internationalize” its economic embargo against Cuba and compel Canadian companies to essentially disengage from the island under threat of legal jeopardy.

The diplomatic strategy then for Canada was multi-pronged. First, it involved co-ordinating our pressure tactics with the similarly aggrieved Mexicans and Europeans. Ottawa then sought to thwart the law through invocation of the NAFTA dispute-resolution process. It also brought a legal challenge, in concert with our friends and allies, to the World Trade Organization (WTO).

Moreover, the Canadian government introduced legislation to amend the 1985 Foreign Extraterritorial Measures Act (FEMA) to counter the offending law. It contained so-called “blocking orders” that would ensure that legal judgments handed down by U.S. federal courts would not be enforceable in Canada. More importantly, the amended FEMA also permitted Canadians “to recover in Canadian courts any amounts awarded under those foreign rulings, along with their court costs in Canada and the foreign country.”

The reasons why Canada responded so forcefully 20-plus years ago are basically the same today. Significantly, there are dozens of Canadian companies operating in Cuba — some doubtlessly on allegedly confiscated property — that made their feelings very clear to the political leadership in Ottawa. To be sure, they expressed deep concern about the huge risks that Helms-Burton posed to Canadian investments in both Cuba and the United States.

Furthermore, there were obvious domestic political/electoral considerations for why Ottawa needed to be perceived by voters as pushing back hard against Washington. The valuable “Cuba card,” in which we highlight our autonomous and notably different approach to Cuba from that of the Americans, is viewed favourably by a large majority of Canadians. And the federal government understands well that almost 1.5 million Canadians travel to Cuba annually to enjoy sun and sand — and to express solidarity with Cubans.

But what is different this time around is the unpredictability, norm-breaking conduct and impulsiveness of Trump. The other complicating factor, of course, is the October federal election in Canada.

Trudeau can ill-afford to embolden the opposition parties and undermine his re-election chances by not talking tough with Trump. Given Trump’s unpopularity in Canada, to say nothing of the ongoing imbroglio with the Chinese, the Trudeau Liberals don’t want to be labelled as wimps or stooges.

The problem with that strategy is that Trump loves to have a punching bag and someone to pick on. He also likes to think that he can win trade wars — and that’s the last thing that Canada needs. Did someone say automobiles and border congestion?

I suppose you might say that Trudeau will have to pick his poison. But I’m guessing that standing up to Trump on Helms-Burton is the most likely approach. And if that is the case, we should all get ready for one bumpy bilateral roller-coaster ride.

Peter McKenna is professor and chair of political science at the University of Prince Edward Island in Charlottetown.