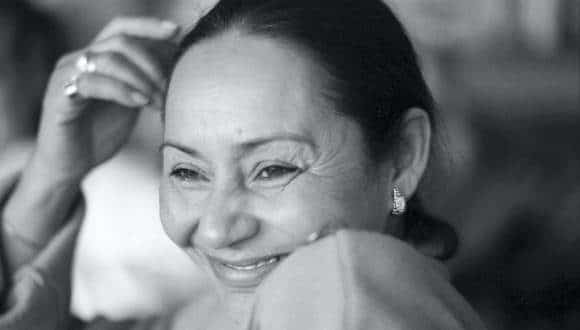 Mercedes Barcha died on August 15, in Mexico City, at the age of 87. The pandemic has not allowed for the farewell she deserved, and the obituaries look too much like each other. They are records of the visible; the widow of Gabriel García Márquez; the efficient administrator; the wife, mother and grandmother; the “serene and severe” queen who honored her Egyptian ancestors; the one who took her appliances to a pawn shop to pay for the mailing of the original of One Hundred Years of Solitude.

It’s not enough. At least not for those who knew her in Havana, where the couple lived intermittently for half a century. Mercedes, the Gaba, the first and last love of the Colombian Nobel Prize winner, was more than a prop in the shadow of the man she married in Barranquilla. Fidel Castro called her “my best friend”, something he never told Gabo, although he acknowledged that the affection for the marriage “was the fruit of a relationship cultivated over many years in which the number of conversations, always pleasing for me, added up to hundreds”.

If you trace it back to the many interviews Garcia Marquez gave, every time he talks about his friendship with Fidel Castro or about Cuba, he mentions his wife. In 1996, when he spoke with American filmmaker Estela Bravo for the documentary Fidel: The Untold Story, the Colombian Nobel Laureate said that “Fidel trusts Mercedes even more than he trusts me,” and he recalls that the leader of the Revolution liked to be treated naturally, without circumlocution, and there was no one to match his wife in that respect.

Once, says García Márquez, “Fidel got into Mercedes’ kitchen and tried to correct her (don’t cut the onion like that, don’t do that…) She looked at him and said, ‘Look, Fidel, you may be in charge of your island, but I am in charge of my kitchen. The Cuban leader reacted with a “you are absolutely right”.

In Cuba, the three of them shared a secret code. If the light was on in the house of the Reparto Siboney, in Havana, where the Gabo’s lived, it meant that the family was up and Fidel, in his nightly habits, could arrive and finish the evening. He did so many times. “Talking to García Márquez and Mercedes whenever they came to Cuba – and it was more than once a year – became a recipe against the strong tensions in which, unconsciously but constantly, a Cuban revolutionary leader lived,” Fidel wrote on July 9, 2008, referring to an encounter with the couple. It was the first social lunch called by the former president, after two years of a break due to the serious illness that led him to resign from his official posts.

In that note, he called Mercedes “the Olympic champion of data”, because only she could remember exactly the facts that marked the special relationship of the three of them. The complicity between Gabo and Fidel was mediated over decades by literature, advice on how to use a guayabera, regional conflicts and even a couple of secret letters to Bill Clinton, in addition to creating in Cuba the New Latin American Film Foundation, of which García Márquez was its president.

With the Foundation, the International Film and Television School (EICTV) was born in San Antonio de los Baños, 35 kilometers from Havana. García Márquez gave his memorable screenwriting workshops there, which were called “How a Story is Told”. The Cubans who accompanied these adventures and have left multiple testimonies about them remember Mercedes as the practical woman who landed Garcia Marquez’s excessive dreams, as sharp as her partner and a little more implacable when she put her irony on those who tried to disqualify her husband for his work and affections on the island.

Gabo was almost all the time the great conversationalist and Mercedes the most silent, but together they gathered a singular strength, which can only confer a common life full of meaning and complicities, like this “brazen and stubborn relationship with Cuba”.

Casa de las Americas Magazine, on the 20th anniversary of the Cuban Revolution, conducted a survey among several writers on the meaning of that event. For García Márquez it was like asking him about an idyll, that is, about Mercedes: “Only fools dare explain love,” he replied