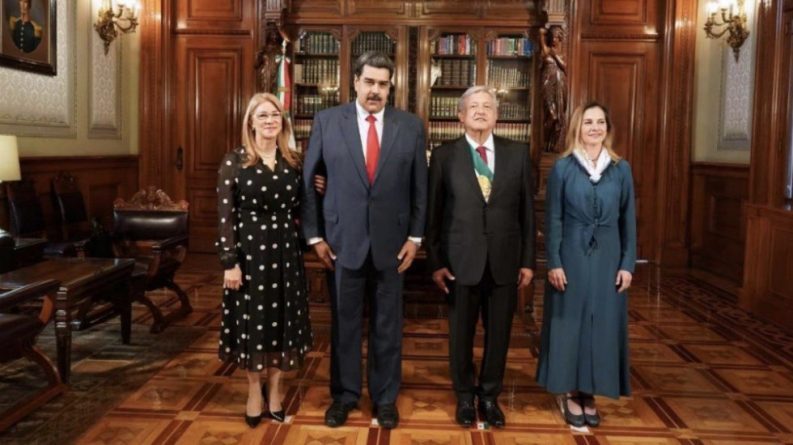 Mexico’s President-Elect Andres Manuel Lopez Obrador will take over the government on Saturday, welcoming a diverse group of Latin American and world leaders for his inauguration ceremony while others remain at the G-20 Summit in Argentina.

Since the landslide victory of Lopez Obrador and the National Renewal Movement (Morena) in the July 1 elections, Latin America has been attentive to the future president’s steps in a moment of history in which right-wing governments are taking over progressive regions. His victory represented hope for many in and out of the country, but Lopez Obrador has also suffered criticism from across the political spectrum.

His guest list also sparked controversy, as Lopez Obrador decided to distance himself from previous interventionist foreign policies and invited both left- and right-wing leaders from Latin America, including Venezuelan and Nicaraguan presidents Nicolas Maduro and Daniel Ortega, besides the regular variety of kings, presidents and ministers.

Maduro is already on Mexican territory, despite resistance from conservative sectors of society and the previous mainstream parties, including Mexico’s former foreign minister, Jorge Castañeda. One group even collected signatures to prevent his visit and sent it to the Venezuelan government. Others called for a protest, but without much response.

Sources from Morena have declared that Maduro is looking to organize a meeting with supporters in Mexico City after the ceremony, but no official declaration has yet been made.

When Lopez Obrador was declared victorious in the July 1 elections, Maduro greeted the future president and sent a message hoping for better relations between both Latin American countries.

“Let the broad avenues of sovereignty and friendship between our peoples be opened,” tweeted Maduro. “With him truth triumphs over lie and the hope for the Great Homeland is renewed.”

The Nicaraguan President Daniel Ortega, against whom groups also organized protests, canceled his visit to Mexico at the last moment.

Another controversial guest is Colombia’s former FARC commander Rodrigo Londoño, better known as ‘Timochenko,’ now the political leader of the Common Alternative Revolutionary Force. Colombia’s peace tribunal recently authorized his exit from the country, as his mobility is formally restricted, and the news was received negatively from the same groups that rejected Maduro’s visit.

But just hours before his planned flight, Londoño announced he wouldn’t attend Lopez Obrador’s ceremony because his doctor advised him against it. “I have to take care of myself and I don’t have the money to bring a doctor with me,” he said.

Rodrigo Granda, also known as Ricardo Tellez and FARC’s de facto chancellor, will attend instead and remain in the country for meetings with members of the Workers’ Party (PT) of Mexico, which invited both former insurgents and forms part of Lopez Obrador’s coalition and other world representatives.

Detractors also stood against Timochenko’s visit, calling him a ‘terrorist’ despite the world-recognized peace efforts between the FARC and the Colombian government. Colombian President Ivan Duque is also expected to attend the ceremony.

The right in Mexico argues that by inviting Ortega, Diaz-Canel, and Maduro, the government is legitimizing what they call “dictatorships” in Latin America.

Answering the criticism, Lopez Obrador declared that his ceremony would be open to all heads of state, regardless of their ideology, returning to Mexico’s traditional non-intervention policy.

Meanwhile, U.S. President Donald Trump seems to be busy in Argentina, but his Vice-President Mike Pence, his senior adviser and daughter Ivanka Trump and the Secretary of Homeland Security Kirstjen Nielsen, who implemented the policy of separating migrant families, are already in Mexico.

Despite divergent perspectives on migration policies, Trump and Lopez Obrador have shown relatively friendly relations so far and have declared their willingness to cooperate.

Lopez Obrador’s foreign policy might be a return to Mexico’s tradition, but he has also declared his focus will be the interior at the same time he promises a new integration approach with Latin America, based on the region’s shared culture and history.

“Mexico won’t be a lamp on the streets and obscurity at home,” said Lopez Obrador. “We will first take care of our house and then earn prestige abroad.”

His non-interventionist approach might also represent bad news for the Lima Group, formed by right-wing governments with the sole purpose of pressuring Venezuela, and Chilean President Sebastian Piñera has already expressed his concerns.

Earlier in November, Piñera said Lopez Obrador would distance from the Lima Group “because he will focus his human rights’ concerns on the human rights of Mexicans.”

Lopez Obrador will be sworn in at 11 a.m. local time, ending a political history dominated by the two right-wing mainstream parties.