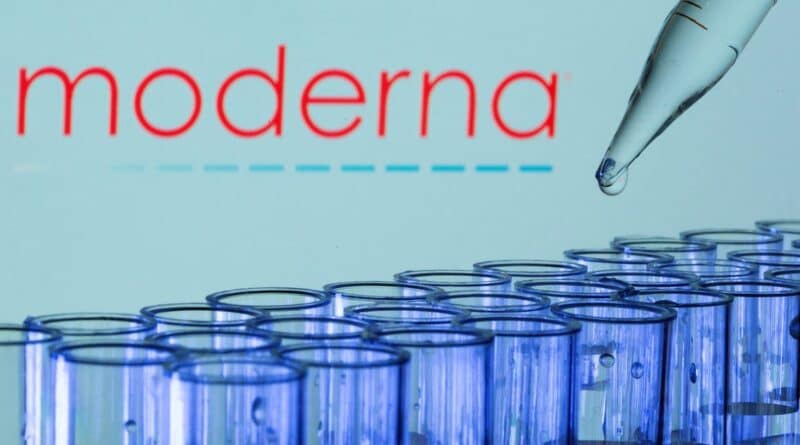 According to company’s own accounts, Moderna brought in $13bn in pre-tax profits in 2021.

Last month, COVID-19 vaccine maker Moderna announced its financial results for 2021. They confirmed that Moderna’s vaccine is one of the most lucrative medicines of all time, bringing in nearly $18bn in revenue for the company in a single year. It’s still some way behind the truly astonishing $37bn which Pfizer’s vaccine made, but still, it’s pretty good for a corporation that has no other products on the market.

Even more astonishing than the sales figures is the profit Moderna made.  According to company accounts, they brought in $13bn in pre-tax profits. That comes to $36m a day throughout 2021, giving Moderna a profit margin of around 70 percent. It’s the kind of margin which you should find on luxury consumables, not essential medicines.

And no wonder, when experts have calculated that Moderna’s vaccine could be produced for as little as $2.85 a dose, yet is the most expensive vaccine on the market, averaging between $19 and $24, but costing up to $37 a dose to some countries. In other words, the company could be charging up to 13 times the estimated cost price of its vaccine.These profits have turned some of Moderna’s investors into multi-billionaires. At one point during the pandemic, Moderna’s CEO Stephane Bancel, also a major shareholder, was worth over $12bn, and while Moderna’s stock has been volatile, he is still worth $5bn today. In Spring 2021, the People’s Vaccine Alliance calculated that the COVID-19 vaccines had actually created nine new billionaires, with Bancel topping the nine, and two of Moderna’s founders and Moderna’s chair also appearing on the list.

Some will argue, why does it matter? Sure, Bancel and friends might have made a killing, but ultimately we have a vaccine, and that has saved many lives as well as far more cash than these executives have made.

But when you look more closely you find that these profits, like those across the pharmaceutical sector, are built on perverse incentives which encourage secrecy and competition in place of collaboration, which represents poor value for money for the public sector, and which, worst of all, created a terrible inequality in vaccine access which has actually damaged our ability to end this pandemic.

To take the last and most serious point first, Moderna sold most of its vaccines to the rich world. Back in November 2020, before a single vaccine had been authorised, Moderna had already sold 78 percent of the doses it expected to produce by the end of 2021 to rich countries, home to just 12 percent of the global population. Nearly a year later, in September 2021, the situation had become even worse, with 85 percent of Moderna’s total supply delivered to the richest countries, and almost no doses at all going to low-income countries. While the company has sold a tiny three percent to international distribution mechanism Covax, it still hadn’t actually delivered any as of last autumn (fall).

Even if you were lucky enough to get an adequate supply of Moderna’s vaccine, your government was probably paying twice for them. Moderna’s vaccine was backed to the hilt by public money, with US group Public Citizen saying it should be referred to as the “National Institutes of Health (NIH) vaccine” after the United States public research institution that made its development possible. Nearly $1bn of US taxpayer money was poured into research for this vaccine, while the US government put another $1.5bn on the table as an advance purchase agreement through Operation Warp Speed. They also received support from the Coalition for Epidemic Preparedness Innovations (CEPI), a body set up to correct the failure of the market to deliver the vaccines the world needs. The United Kingdom is a major contributor to CEPI.

Despite this, Moderna has refused to share its recipe, patents or knowhow with the World Health Organization. South Africa is currently host to an exciting new body – a so-called mRNA hub which is attempting to recreate mRNA vaccines with the express purpose of sharing this technology freely with the world. Moderna was asked to collaborate, but despite their massive profits, and the public backing that made these profits possible, they refused. Scientists will crack this technology, but it will take them much longer and many more people will die as result.

Moderna claims it has already agreed not to enforce its patents during the pandemic, and has recently confirmed this will continue in lower-income countries long term. But it doesn’t include all countries, and in particular, South Africa is not covered. Even more worryingly, Moderna has applied for a broad set of patents in South Africa, even while it dropped such applications in richer countries. The head of the mRNA hub in South Africa has been clear that these patents “will impact on our freedom to operate”.

The reason for Moderna’s behaviour is, ultimately, that the company needs to maintain control of the knowledge behind the vaccine, whether it invented that technology or not, because in today’s pharmaceutical industry a corporation’s main assets are not its factories or its staff, but its “intellectual property”. In essence, they have turned knowledge into a commodity which can be traded on markets. But developing that knowledge in the first place is considered too risky for these corporate giants and so they either take public money to remove any risk, like Moderna, or they simply buy the knowledge from someone else, like Pfizer.

This means that these corporations are quite different from what they’re commonly perceived to be. They aren’t the firms that do the risky but vital research we need to produce the medicines of tomorrow. Some are more or less government contractors, but paid in monopolies rather than cash, preventing the public from properly enjoying the fruits of their tax money. Others are more like hedge funds, buying up and sitting on intellectual property until they’ve squeezed as much value as they can from it, regardless of the cost in human lives and suffering.

Those incentives breed secrecy. During the pandemic, Moderna would release very partial positive results of its vaccine trials to the financial media, rather than releasing full findings in science journals in the spirit of openness and review. The result, for the company, was positive. Massive stock price rises, which made a fortune for their owners. But if we’re concerned with a healthy population rather than the wealth of the financial sector, these decisions undermine the transparent and collaborative approach we need if we’re to deal with both this pandemic and future ones.

Today, Moderna is in patent disputes with the US government and a rival company. Huge sums of money will be spent on litigation, but this is quite normal for the pharmaceutical sector, just as the sector regularly puts bolstering the bank balances of its shareholders ahead of vital research and development. This might be good for a tiny minority, but it’s a disaster for humanity as a whole. We deserve a better model. The experiment in South Africa points in that direction, and we should be ready to defend it against the business as usual approach of companies like Moderna.

Featured image: Moderna’s vaccine is one of the most lucrative medicines of all time, bringing in nearly $18bn in revenue for the company in a single year [Dado Ruvic/Illustration/Reuters]