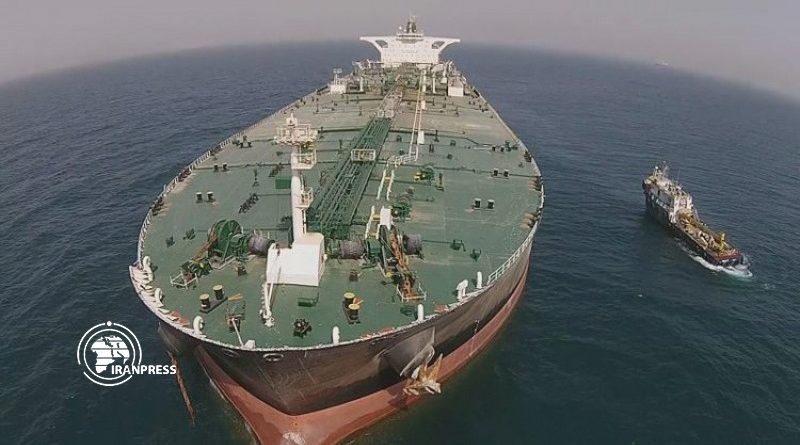 Editorial note: This piece has been updated with 3 additional paragraphs at the end adding more light on the nu)mber of tankers entering Venezuelan waters last night. (Caracas, May 25 at 2:58pm.

Caracas, May 24, 2020 (Orinoco Tribune).- Yesterday at approximately 7:00pm (Caracas time) the Iranian tanker “Fortune” entered Venezuelan territorial waters as part of a trade operation between two strategic allies, Iran and Venezuela, opposing the US imperialistic habit of ruling the world as its own backyard.

Upon the US threat of using their warships deployed in the Caribbean to stop the arrival of vital gasoline after several weeks of acute shortages in Venezuela as a result of US sanctions affecting millions of Venezuelans, the government of President Nicolas Maduro announced that the Venezuelan army would escort the 5 tankers as they entered Venezuelan territorial waters, as it effectively did.

Moment when the Fortune was received by Venezuelan Army in the Atlantic… https://t.co/hPOGW1sP0a

There were 4 remaining tankers of their way to Venezuela, the Forest, Petunia, Faxon and Clavel. Today at approximately 10:13pm (Caracas time), according to the sea tracking service maritimetraffic.com. Two tankers were spotted already in Venezuelan territorial waters just south of the island of Grenada.

One of them is blue circled in the image below and is clearly labeled as the “Forest” but in front of it there is another tanker, not identified by this maritime tracking service, making Orinoco Tribune believe it is the “Petunia”. They were sailing at a relative short distance from each other, and the service does not show any other tanker at a reasonable distance heading to Venezuela. Orinoco Tribune believes that the two tankers decided to travel closer to each other in order to enter together into Venezuelan waters but there is no official statement at this time regarding this positioning, and no more information on twitter or news references is available at the time of publication.

Meanwhile the first tanker (Fortune) was spotted by the same service almost at the same time just north of Puerto Cabello, the main port near the El Palito refinery, its final destination and expected to be the final destination for the remaining tankers. Venezuelans are seeing the resolve and determination of the Iranian people and the Iranian government as a sign of deep friendship and cooperation, one they did not receive from Latin American countries that in their vast majority -setting aside Cuba, Nicaragua and Caricom countries- have betrayed all the gestures and actions of solidarity that Venezuela took when they faced hardship, specially during the presidency of Hugo Chavez.

Orinoco Tribune will keep monitoring this development and will update this piece as new information emerges.

May 25, 2020 (2:50pm): According with news reports and information on twitter, the only evidence on Iranian tankers entering Venezuelan waters yesterday night points at the “Forest” tanker. “Petunia” the next incoming tanker should be traveling at this moment between Barbados and Grenada.

Iranian news agency IRNA posted on its twitter account a reference on the “Forest” being spotted north of Margarita island and not making any reference to the “Petunia”. Orinoco Tribune still spotted another tanker (circled in green in the image above) traveling in front of the “Forest” but we also spotted one tanker  heading south-west (circled in purple) near Barbados around 1:50pm. and very close to “Gran Couva” a Hong Kong tanker heading towards Trinidad & Tobago.

Telesur posted on its twitter account a video footage of the “Forest” being escorted by Venezuelan jet fighters.

New developments on this story will be cover in additional pieces.