Today the event that defined the United States’ foreign policy in the 21st century, and heralded the destruction of whole countries, turns 18. The events of September 11, 2001 remains etched into the memories of Americans and many others, as a collective tragedy that brought Americans together and brought as well a general resolve among them that those responsible be brought to justice.

While the events of that day did unite Americans in these ways for a time, the different trajectories of the official relative to the independent investigations into the September 11 attacks have often led to division in the years since 2001, with vicious attacks or outright dismissal being levied against the latter.

Yet, with 18 years having come and gone — and with the tireless efforts from victims’ families, first responders, scientists and engineers — the tide appears to be turning, as new evidence continues to emerge and calls for new investigations are made. However, American corporate media has remained largely silent, preferring to ignore new developments that could derail the “official story” of one of the most iconic and devastating attacks to ever occur on American soil.

For instance, in late July, commissioners for a New York-area Fire Department, which responded to the attacks and lost one of their own that day, called for a new investigation into the events of September 11. On July 24, the board of commissioners for the Franklin Square and Munson Fire District, which serves a population of around 30,000 near Queens, voted unanimously in their call for a new investigation into the attacks.

Whereas, the overwhelming evidence presented in said petition demonstrates beyond any doubt that pre-planted explosives and/or incendiaries — not just airplanes and the ensuing fires — caused the destruction of the three World Trade Center buildings, killing the vast majority of the victims who perished that day;”

In the post-9/11 world, those who have made such claims, no matter how well-grounded their claims may be, have often been derided and attacked as “conspiracy theorists” for questioning the official claims that the three World Trade Center buildings that collapsed on September 11 did so for any reason other than being struck by planes and from the resulting fires. Yet, it is much more difficult to launch these same attacks against members of a fire department that lost a fireman on September 11 and many of whose members were involved with the rescue efforts of that day, some of whom still suffer from chronic illnesses as a result. 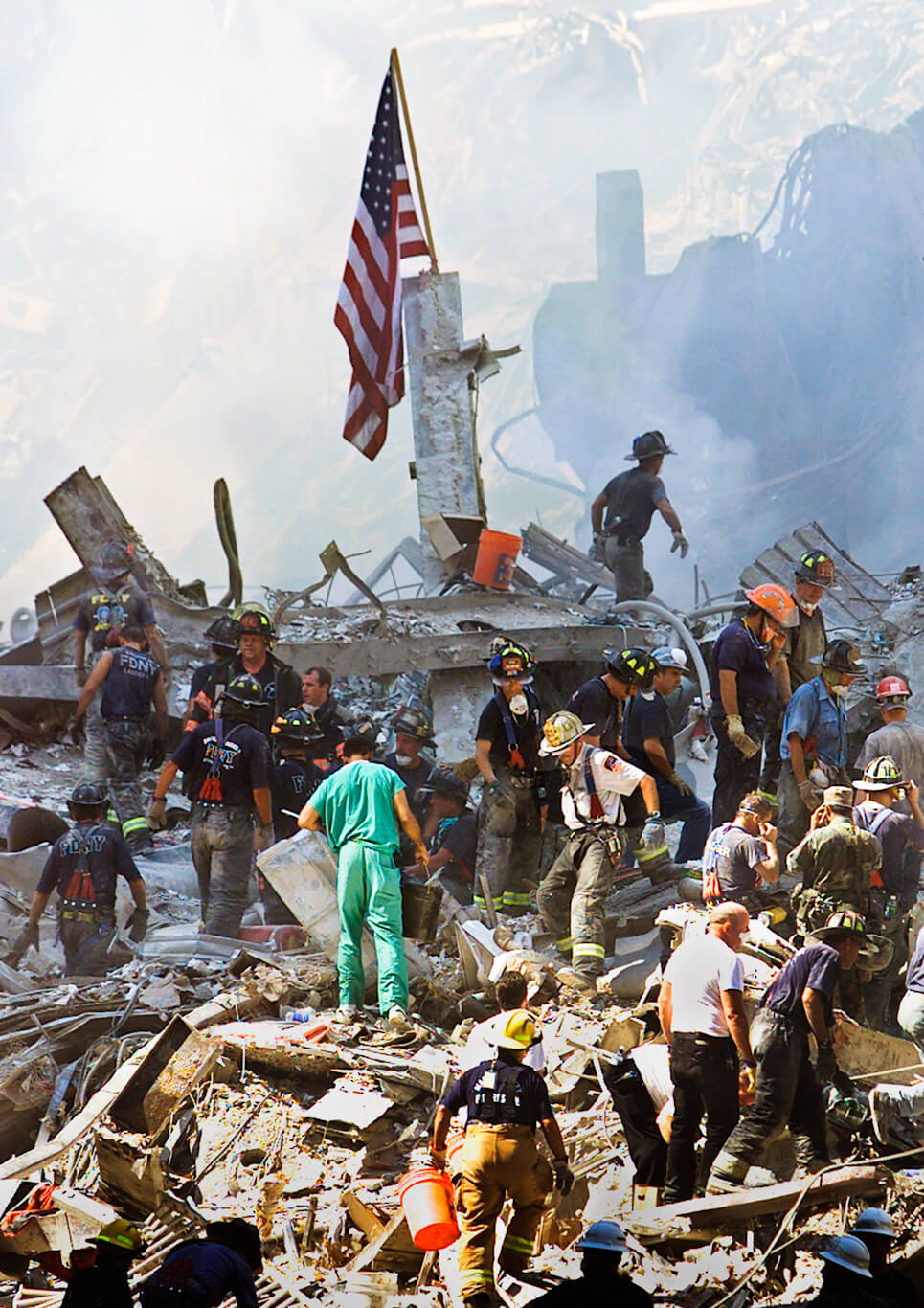 Another likely reason that the media monolithically avoided coverage of the vote was out of concern that it would lead more fire departments to pass similar resolutions, which would make it more difficult for such news to avoid gaining national coverage. Yet, Commissioner Christopher Gioia, who drafted and introduced the resolution, told those present at the meeting’s conclusion that getting all of the New York fire districts onboard was their plan anyway.

“We’re a tight-knit community and we never forget our fallen brothers and sisters. You better believe that when the entire fire service of New York State is on board, we will be an unstoppable force,” Gioia said. “We were the first fire district to pass this resolution. We won’t be the last,” he added.

While questioning the official conclusions of the first federal investigation into 9/11 has been treated as taboo in the American media landscape for years, it is worth noting that even those who led the commission have said that the investigation was “set up to fail” from the start and that they were repeatedly misled and lied to by federal officials in relation to the events of that day.

For instance, the chair and vice-chair of the 9/11 Commission, Thomas Kean and Lee Hamilton, wrote in their book Without Precedent that not only was the commission starved of funds and its powers of investigation oddly limited, but that they were obstructed and outright lied to by top Pentagon officials and officials with the Federal Aviation Authority (FAA). They and other commissioners have outright said that the “official” report on the attacks is incomplete, flawed and unable to answer key questions about the terror attacks.

Despite the failure of American corporate media to report these facts, local legislative bodies in New York, beginning with the fire districts that lost loved ones and friends that day, are leading the way in the search for real answers that even those that wrote the “official story” say were deliberately kept from them.

Not long after the Franklin Square and Munson Fire District called for a new 9/11 investigation, a groundbreaking university study added even more weight to the commissioners’ call for a new look at the evidence regarding the collapse of three buildings at the World Trade Center complex. While most Americans know full well that the twin towers collapsed on September 11, fewer are aware that a third building — World Trade Center Building 7 — also collapsed. That collapse occurred seven hours after the twin towers came down, even though WTC 7, or “Building 7,” was never struck by a plane.

It was not until nearly two months after its collapse that reports revealed that the CIA had a “secret office” in WTC 7 and that, after the building’s destruction, “a special CIA team scoured the rubble in search of secret documents and intelligence reports stored in the station, either on paper or in computers.” WTC 7 also housed offices for the Department of Defense, the Secret Service, the New York Mayor’s Office of Emergency Management and the bank Salomon Brothers.

Though the official story regarding the collapse of WTC 7 cites “uncontrolled building fires” as leading to the building’s destruction, a majority of Americans who have seen the footage of the 47-story tower come down from four different angles overwhelmingly reject the official story, based on a new poll conducted by YouGov on behalf of Architects & Engineers for 9/11 Truth and released on Monday.

Ted Walter, Director of Strategy and Development for Architects and Engineers for 9/11 Truth, told MintPress that the lack of awareness about WTC 7 among the general public “goes to show that the mainstream media has completely failed to inform the American people about even the most basic facts related to 9/11. On any other day in history, if a 47-story skyscraper fell into its footprint due to ‘office fires,’ everyone in the country would have heard about it.”

RELATED CONTENT: Why Trump has Failed at Regime Change in Venezuela

The fact that the media chose not to cover this, Walter asserted, shows that “the mainstream media and the political establishment live in an alternative universe and the rest of the American public is living in a different universe and responding to what they see in front of them,” as reflected by the results of the recent YouGov poll.

Another significant finding of the YouGov poll was that 48 percent of respondents supported,  while only 15 percent opposed, a new investigation into the events of September 11. This shows that not only was the Franklin Square Fire District’s recent call for a new investigation in line with American public opinion, but that viewing the footage of WTC 7’s collapse raises more questions than answers for many Americans, questions that were not adequately addressed by the official investigation of the 9/11 Commission.

The Americans who felt that the video footage of WTC 7’s collapse did not fit with the official narrative and appeared to show a controlled demolition now have more scientific evidence to fall back on after the release of a new university study found that the building came down not due to fire but from “the near-simultaneous failure of every column in the building.” The extensive four-year study was conducted by the Department of Civil and Environmental Engineering at the University of Alaska and used complex computer models to determine if the building really was the first steel-framed high-rise ever to have collapsed solely due to office fires.

The study, currently available as a draft, concluded that “uncontrolled building fires” did not lead the building to fall into its footprint — tumbling more than 100 feet at the rate of gravity free-fall for 2.5 seconds of its seven-second collapse — as has officially been claimed. Instead, the study — authored by Dr. J. Leroy Hulsey, Dr. Feng Xiao and Dr. Zhili Quan — found that “fire did not cause the collapse of WTC 7 on 9/11, contrary to the conclusions of NIST [National Institute of Standards and Technology] and private engineering firms that studied the collapse,” while also concluding “that the collapse of WTC 7 was a global [i.e., comprehensive] failure involving the near-simultaneous failure of every column in the building.”

This “near-simultaneous failure of every column” in WTC 7 strongly suggests that explosives were involved in its collapse, which is further supported by the statements made by Barry Jennings, the then-Deputy Director of Emergency Services Department for the New York City Housing Authority. Jennings told a reporter the day of the attack that he and Michael Hess, then-Corporation Counsel for New York City, had heard and seen explosions in WTC 7 several hours prior to its collapse and later repeated those claims to filmmaker Dylan Avery. The first responders who helped rescue Jennings and Hess also claimed to have heard explosions in WTC 7. Jennings died in 2008, two days prior the release of the official NIST report blaming WTC 7’s collapse on fires. To date, no official cause of death for Jennings has been given.

Still “crazy” after all these years?

Eighteen years after the September 11 attacks, questioning the official government narrative of the events of those days still remains taboo for many, as merely asking questions or calling for a new investigation into one of the most important events in recent American history frequently results in derision and dismissal. 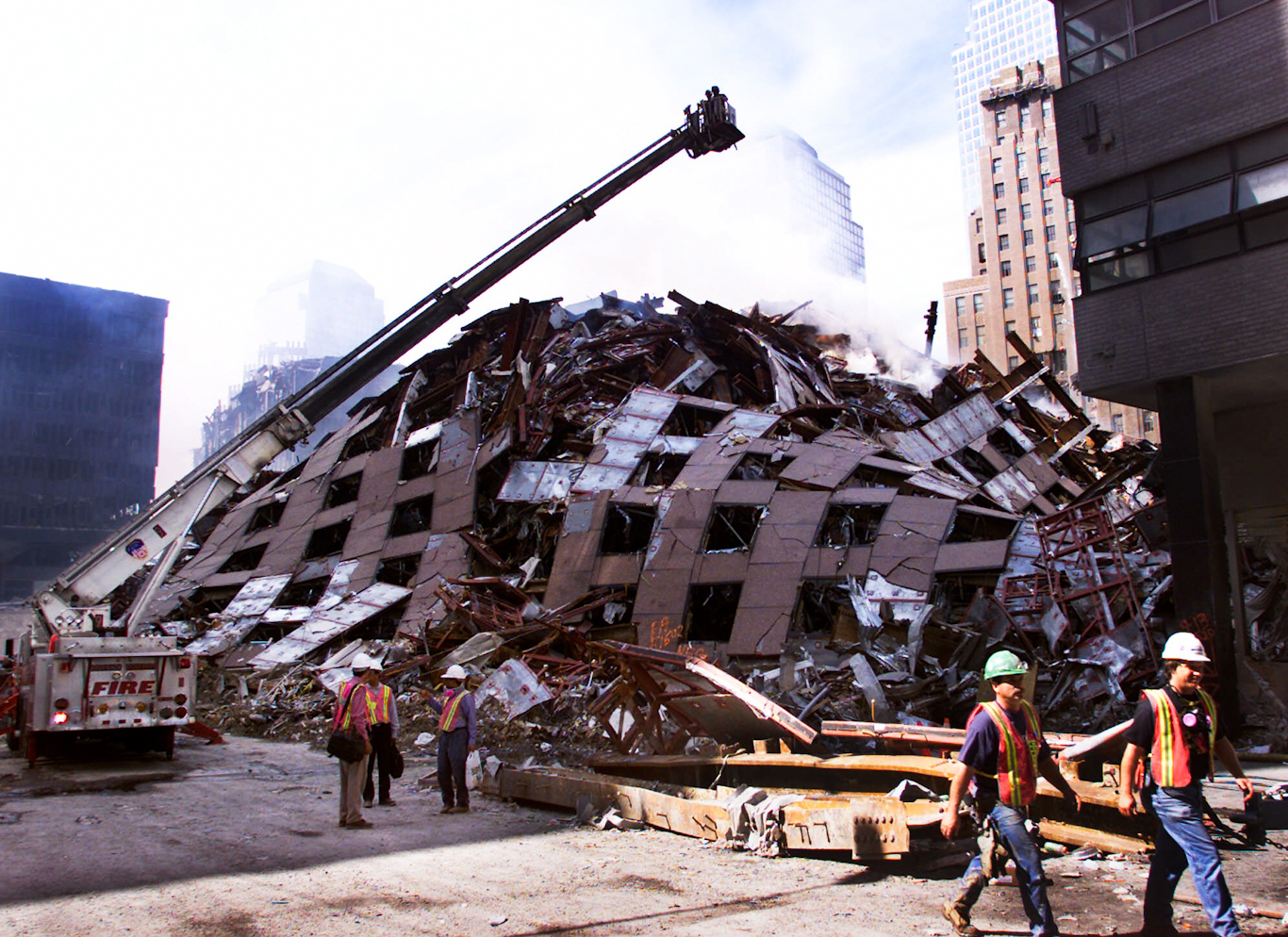 Even in years past, when asking difficult questions about September 11 was even more “off limits,” it was often first responders, survivors and victims’ families who had asked the most questions about what had really transpired that day and who have led the search for truth for nearly two decades — not wild-eyed “conspiracy theorists,” as many have claimed.

The only reason it remains taboo to ask questions about the official narrative, whose own authors admit that it is both flawed and incomplete, is that the dominant forces in the American media and the U.S. government have successfully convinced many Americans that doing so is not only dangerous but irrational and un-American.

However, as evidence continues to mount that the official narrative itself is the irrational narrative, it becomes ever more clear that the reason for this media campaign is to prevent legitimate questions about that day from receiving the scrutiny they deserve, even smearing victims’ families and ailing first responders to do so. For too long, “Never Forget” has been nearly synonymous with “Never Question.”

Yet, failing to ask those questions — even when more Americans than ever now favor a new investigation and discount the official explanation for WTC 7’s collapse — is the ultimate injustice, not only to those who died in New York City on September 11, but those who have been killed in their names in the years that have followed.