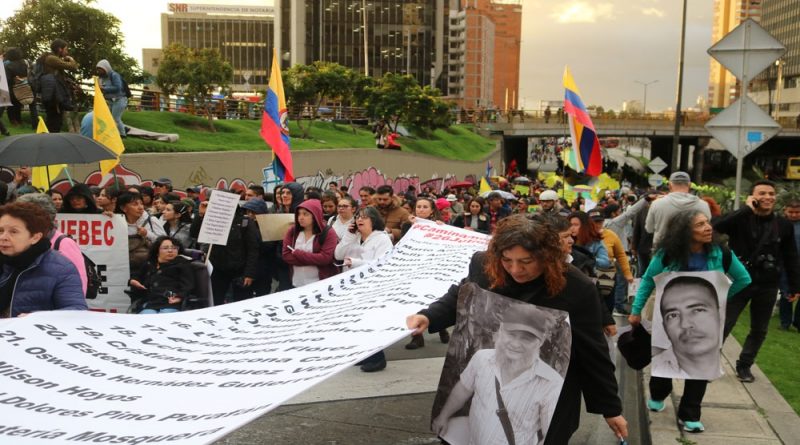 Users of social networks reported the popular response of rejection that Colombian President Iván Duque received during a tour in a square in Cartagena, where a march for social leaders took place.

In this video posted on the social network Twitter, we see how the Colombian president approached the group of people and only received slogans of rejection from the protesters. Some even labeled him a “murderer”.

“Iván Duque had no choice but to leave the march that took place in my beautiful Cartagena,” said one user of that digital platform.

The protests all over Colombia were organized after a shocking video, filmed just after community leader Maria del Pilar Hurtado was murdered in the northern province of Cordoba, was shared widely on social media last month. In the video one of Hurtado’s four young children is seen screaming in grief near her mom’s body.

RELATED CONTENT: United Nations: More than 70% of World’s Cocaine is Produced in Colombia

There is disagreement about the exact number of social leaders who have been killed. The human rights ombudsman says 486 were slain between the beginning of 2016 and mid-year 2019, while the attorney general’s office records 292. The peace and development organization INDEPAZ says 734 activists have been murdered.

The fact is that hundreds of Colombian have been killed just for thinking differently in recent years and no one in the international community or main stream media seems to care much about it and on the contrary, because of US support, they portray Colombia as a beacon of democracy.