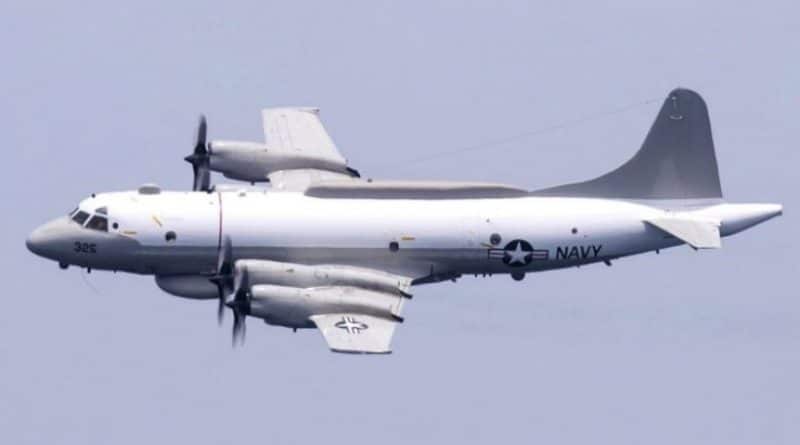 Recently, the Integral Aerospace Defense Command of Venezuela (CODAI) intercepted a US Navy aircraft flying without notifying the Venezuelan airspace network. The interception was made with a Sukhoi 30 of the Venezuelan Air Force (FAV).

It was an EP-3E II aircraft, four propeller engines, low wing and equipped with state-of-the-art implements to “interfere with communications systems”, as published by the Operational Strategic Command of the Bolivarian National Armed Forces ( CEOFANB) from its Twitter account.

The United States and other military powers have used hacking and remote communications interference mechanisms. These tools have been booming since the Vietnam War, but with the advent of the latest technologies these maneuvers have increased in usage.

The United States is a leading country in the management of this type of technology and has deployed these devices in its main war theaters around the world, with special emphasis on the Middle East.

The purposes of these technologies are multiple. They range from hacking communications devices, such as carrying out massive attacks on electronic command centers, direct attack on consoles and processing units, in order to dismantle the defense lines, communication structures and vital services of a target.

APPLICATIONS OF CYBER OPERATIONS TECHNOLOGIES
The basic definition of electronic warfare (EW) involves the use of irradiated electromagnetic energy for several essential purposes such as:

For the purposes of espionage and cyberintelligence, the US government often makes use of these technologies to penetrate enemy communications and its digital information infrastructures.

The objectives of these maneuvers are varied. It uses hacking mobile phone devices to steal codes and data stored on enemy servers, interfering with the radio of the adversary, but also seeking to track or degrade communication signals in multiple ways.

This varied battlefield has a group of elementary concepts:

POSSIBLE APPLICATIONS OF THIS TECHNOLOGY AGAINST VENEZUELA
The set of applications of this type of technologies, being directed from the United States against Venezuela, could go in different directions. They lie in this set of probabilities:

According to Venezuelan authorities, the National Electric System (SEN) of Venezuela suffered an “electromagnetic attack” on the afternoon of July 22 directed at the Electricity Generation System of Guayana. An event that triggered the implementation of protection and security protocols by the Venezuelan government entities.

In a press conference offered by the Minister of Communication and Information Jorge Rodríguez, 78 violations of Venezuelan airspace have been committed by US military aircraft in 2019, an increase of 167% of the violations recorded in 2018.
Rodriguez further indicated that these aircraft usually fly over the Maiquetía Flight Information Zone, without notification, violating international protocols and placing civilian air craft at risk.