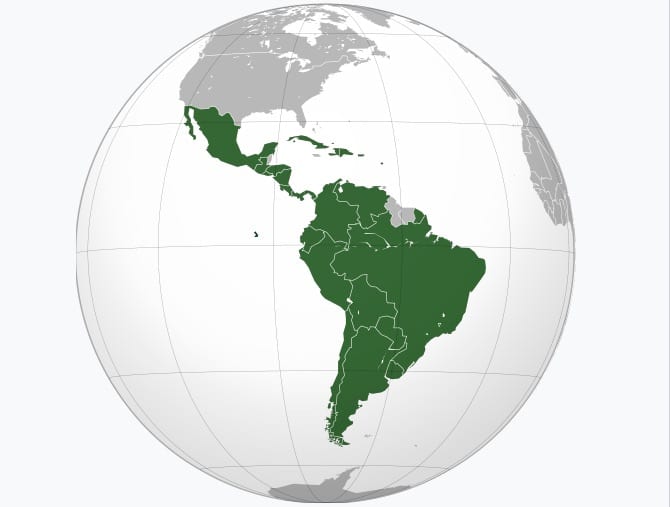 Following victories for social-democratic candidates in Peru’s, Honduras’ and Chile’s presidential elections, the new ‘Pink Tide’ appears to be taking shape. The governments of those countries, join Mexico, Bolivia and Argentina along with the revolutionary socialist governments in Cuba, Venezuela and Nicaragua, to demonstrate that the Latin American people continue to resist neoliberal subjugation and neocolonial interference. With the prospect of Lula returning to power in Brazil and in light of this leftist surge across the continent, regional unity in the face of neocolonialism, is imperative but sadly lacking.

There seems to be a divide between the social-democratic and revolutionary socialist governments of the region. Whatever the legitimate differences among the political parties belonging to the ‘Broad Church’ São Paulo Forum, divisive remarks expressed publicly will be exploited by imperialist and local reactionist forces who have always sought to undermine the unity of popular movements. Clearly depicted in Gabriel Boric’s long-standing views with regard to Cuba, Bolivarian Venezuela and Sandinista Nicaragua, are such remarks. Chile’s president-elect recently reiterated that regarding the governments of these ALBA countries, they have essentially “failed”. While there is a point to be made that various challenges exist in those places, Boric made no mention of the hybrid wars that include all kinds of unconventional and coercive warfare including crippling economic sanctions against the people of all three of the above-stated countries, by the United States and its close allies. He then bluntly dismissed the possibility of engaging with either of the three besieged countries.

Furthermore, Boric’s appointment of Antonia Urrejola as Chile’s minister of foreign affairs has raised eyebrows. Urrejola had been head of a human rights commission working for former Secretary General of the OAS, José Miguel Insulza, during whose term the Honduran government headed by Manuel Zelaya was overthrown by a right-wing coup in 2009, and the year before, there was an unsuccessful coup attempt against Bolivia’s Evo Morales. In both cases the OAS did little to avert the reactionist coups, and Urrejola never publicly spoke out against them. Similarly, she has never taken a stand against the human rights violations committed by the right-wing government of Iván Duque in Colombia and even that of Piñera in her own country.

In terms of neoliberalism infiltrating the region, foreign investors should be panicking about the ‘Pink Tide’, not being reassured of “responsible economic management” by Peru’s new president Pedro Castillo. In this case, “responsible economic management” is nothing more than a euphemism for ensuring Global South economies are held hostage to the private capital of a few. With such a statement, is Castillo implying that Cuba, or perhaps Venezuela, Nicaragua and to an extent Bolivia, follow “irresponsible” economic policies by attempting to serve their people first by undertaking nationalisation and refusing to allow their economies to fall in the hands of private capital?

As illustrated above, any progressive Central or South American government may have the U.S. turn against it for not serving its imperial interests at some point in time. The Empire maintains its age-old neocolonial delusion of viewing Latin America as its “backyard” (or “frontyard” alike), a continent in which it can intervene through sponsoring coups or likewise soft coups, undermining national sovereignty. As recently as 2019, the U.S. openly supported the coup in Bolivia that brought to power a neofascist regime that carried out massacres against peaceful protesters and grossly mishandled the COVID-19 pandemic. The soft coup had ousted the democratically elected government of Evo Morales in Bolivia, on the basis of lawfare tactics involving baseless allegations of electoral fraud. Morales’ Movement Towards Socialism was part of a wave of decolonisation across Latin America, enshrining indigenous rights, redistributing wealth and nationalising key industries. His popular policy of nationalisation in particular, drew the indignation of the U.S. government, the corporate world and its press who function as the ideological “shock troops” against any leftist government in the continent.

Imperialism is a bit like the COVID-19 pandemic. No one is safe from it until everyone is safe from it. In order to best defend national sovereignty and improve regional integration through international blocs such as CELAC, unity between all the leftist governments in Latin America will be necessary moving forward.