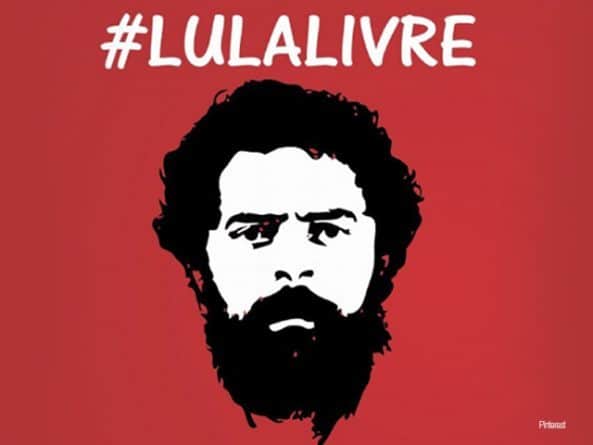 Playing a horn in the middle of a shopping mall, a man asked for freedom for the Brazilian president Luiz Inácio “Lula” da Silva, who is detained for an alleged corruption scandal and has been kept in prision for the last 16 months.

Through a video viralized on social media, a citizen appears playing his instrument while going down the electric stairs. Finally he is welcomed by a group of people who demand freedom for the former head of state in a single voice “Lula Libre”.

Recently an audio exchange was leaked about a conspiracy led by Sergio Moro,the former judge of his [Lula’s] case and current Minister of Justice of that country, about the Lava Jato case. This has sparked a movement in Brazil asking for new presidential elections and the release of Luis Ignacio Lula Da Silva.

With the audio messages, the impartiality of the sentencing ex-judge who imprisoned the former Brazilian president, was questioned because he was part of a conspiracy to keep him out of the presidential race that ended up having the right wing politician, Jair Bolsonaro, elected as president of Brazil.