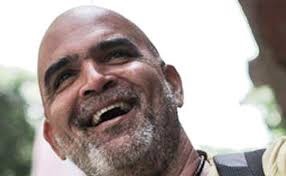 Once again, the violent opposition guarimbas in the barrios trying to get the government up early had no popular support beyond neighbors leaning out of windows and platforms, some just recording them with their cell phones to post it on social networks.

This time as we reported before are the neighborhoods and barrios of the West of Caracas and some communities in the center of the country the unsuccessful goal of the fascists.

“Nojoda salgan becerros” was heard screaming in the night by Av Sucre – Tinajitas, a dozen hooded bandits who tried to keep their garbage barricades and lit rubber almost in front of Paguita, near the Miraflores Palace in the middle of tear gas , detonations, motorized noises of the GNB that arrived at the site making them run. The same happened in sectors such as Valle and Propatria and some other outbreaks around Catia as neighborhoods of Amparo Cerro Arriba. All this happened hours after a loud and ebullient cacerolazo (around 8:30pm) was heard for about 40 minutes in the ranchos and windows and balconies. This was answered from other windows with a: “touch, touch the pan to get rid of Maduro you will have to “echarle bolas” being answered with a: “shout out faggot chaviiista”.

Meanwhile the national network of “gariteros” reported via social networks total calm in the other 24 states of Venezuela. That grotesque scream at dawn of “nojooooda salgan becerros” [got dam it, go out assholes] sign that the word “popular sectors and neighborhood” is big for the Venezuelan opposition even when in these communities the discontent over the economic situation is evident. In other words, they do not even achieve it.