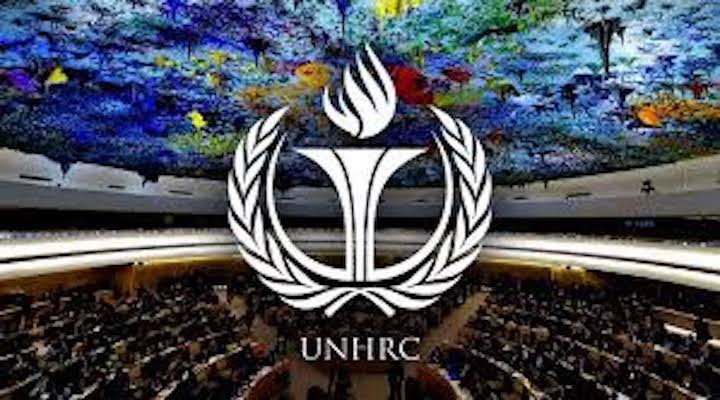 Editorial note: Orinoco Tribune does not generally publish articles that are over 10 days old. However, in this case an exception is being made, as the subject matter of the following piece remains as significant today as at the time of its publication.

“More censure of Israel is no doubt in the works, given Israel’s latest massacres in Gaza.”

On Tuesday, June 19, UN Ambassador Nikki Haley announced US withdrawal from the United Nations Human Rights Council (UNHRC) now meeting in Geneva. The UNHRC is stacked with human rights abusers including Rwanda, Saudi Arabia, and, till now, the US itself, but this is still an ugly gesture, like refusing to accept the jurisdiction of the International Criminal Court, ditching the Paris Climate Accords, and shredding the Iran Nuclear Deal. Who gives a damn what the world thinks of us? We are good! As Hillary Clinton said at the last Democratic National Convention, “America is great because it’s good.” What could better evidence that than our 1000 or so military bases, our unparalleled arsenal, and however many wars we’re fighting, depending on how you count? Even BAR readers would probably have to stop and decide how to count before they could settle on a number. How dare anyone deny that America is good?

George W. Bush boycotted the UNHRC for three years, but Obama returned to the fold, and Hillary announced that we were back “to set a new agenda, based on three principles,” the second of which was: “The Council must apply a single standard to all countries…It cannot continue to single out and devote disproportionate attention to any one country,” meaning Israel.

“The human rights situation in Palestine is debated three times a year.”

At the close of its first session, on June 30, 2006, the UNHRC voted to establish a standing “Agenda Item 7: Human rights situation in Palestine and other occupied Arab territories” to be debated every time it convenes—three times a year. It’s since passed over 70 resolutions censuring Israel, including 5 passed at its March meeting earlier this year. Nikki Haley then scolded the Council for being “foolish and unworthy of its name.”

“Agenda Item 7” hasn’t been debated in the current session yet, but more censure of Israel is no doubt in the works, given Israel’s latest massacres in Gaza. In 2016, the US and other Western states walked out during the “Agenda Item 7” debate, and the delirious Jerusalem Post then screeched that “35 countries attacked Israeli human rights abuses against the Palestinians in the West Bank and Gaza.” Imagine that! Attacking Israeli human rights abuses. Israel is great because it’s good! It even has nuclear weapons and everybody knows it, especially Iran.

This week Israeli Defense Minister Avidor Lieberman called for Israel to withdraw from the UNHRC even though it’s not a member. He seems to think that the US and Israeli states are one. America and Israel are good!

“The UK is also threatening to leave if the Council doesn’t overcome its ‘anti-Israel bias’ within the next six months.”

Most folks have never even heard of the UNHRC, so, just for context:

The UNHRC is composed of 47 members elected to three year terms within five geographic groups: Africa, Central America and Caribbean, Asia-Pacific, Eastern Europe, and Western European and Other States including the US and Australia. The seats are rarely contested; nations from the various groups just swap votes and take turns. Only the Asia Pacific seat was contested this year.

UNHRC resolutions are neither legally binding nor enforceable, so it’s just a forum, but occasionally it makes news. This year the UNHRC story in the headlines has been that the US might quit the Council over its “anti-Israel bias”—as it now has— before its three-year term expires in 2019. The UK’s made a few headlines too by threatening to leave if the Council doesn’t overcome its “anti-Israel bias” within the next six months. The UK’s term expires in 2019 too.

The UN General Assembly’s favorite sport
Last week, before threatening US withdrawal, Nikki Haley raged about the UN General Assembly’s latest overwhelming vote condemning Israel’s “excessive use of force” and calling for protection of Palestinians in Gaza: “What makes Gaza different for some is that attacking Israel is their favorite political sport. That’s why we’re here today. The nature of this resolution clearly demonstrates that politics is driving the day.”

Politics! Imagine that. Politics are just a sordid process staining the purity of human rights respected and protected by the US in its global war on the planet and the people. Why not withdraw from the General Assembly? The US seat is secure on the Security Council, the only UN body whose resolutions are legally binding and enforceable. The U.S. ambassador vetoes any Security Council resolutions criticizing Israel or calling for peacekeepers to protect Gazans, but the US keeps getting beaten up, along with Israel, in all these toothless UN expressions of public opinion.

Donald Trump has suggested bombing the UN for violating our national sovereignty, but it’s right next to his property, so he may just have it collapsed like Building 7.

RELATED CONTENT: My Day in Palestine: The Stunning Beauty and Cruel Reality of an Occupied Land

Sneaky secret ballots
At the end of June, the US suffered another blow to its moral authority when Pierre Prosper, its candidate for the UN Human Rights Committee, was defeated on a secret ballot. The Human Rights Committee is 18 internationally recognized human rights experts tasked solely with monitoring and commenting on compliance with the International Covenant on Civil and Political Rights. As a former International Criminal Tribunal for Rwanda prosecutor and US War Crimes Ambassador, Pierre Prosper was tasked with canonizing Rwandan military dictator Paul Kagame by making sure that only Hutus, not Tutsis, were prosecuted for the Rwandan massacres of 1990-1994. Israel and Rwanda then formed a deep bond based on victim’s license to invade the neighbors and otherwise do as they pleased.

There’s some speculation that the US may be using its outrage about the UNHRC’s tri-annual censure of Israel as an excuse to withdraw and thereby dodge censure of itself for tearing migrant parents and children apart at the US/Mexican border. Or to avoid debate about the staggering report on extreme poverty in the US that the UN Rapporteur on Extreme Poverty and Human Rights will present on Thursday. Who knows? I can’t read Donald Trump, John Bolton, or Nikki Haley’s mind, but who cares? America is great because it’s good! So good that we might as well take the rest of the world down with us. 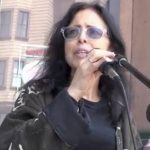