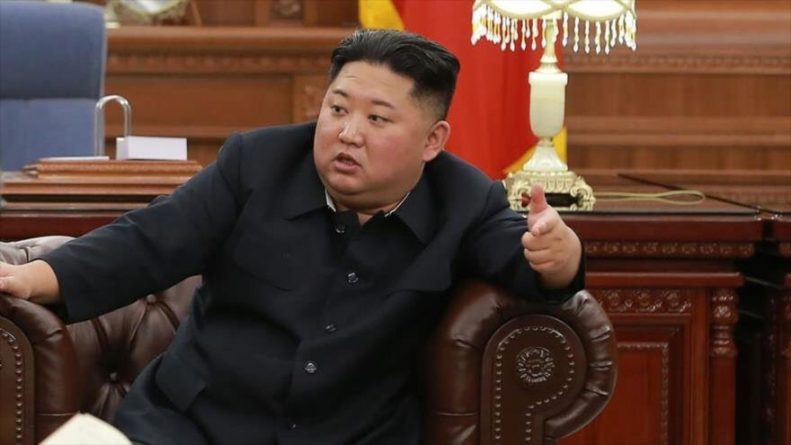 North Korea condemns the coup attempts of foreign countries seeking to overthrow the legitimate government of Nicolás Maduro in Venezuela.

“Any attempt by external forces to remove a legitimately elected president, in accordance with the Constitution of a sovereign State, is an undisguised interference in internal affairs,” a spokesman for the Korean Foreign Ministry said Sunday. of the North in a statement in which reference is made to the current crisis that Venezuela is going through.

The note, which was collected by the Korea Central News Agency (KCNA), adds that the interference of foreign countries in the affairs of Venezuela is considered a flagrant violation of international law.

The source also emphasizes that the current crisis in Venezuela “must be resolved peacefully, in accordance with the independent will and decision of the Government and the people of Venezuela.”

The official of the North Korean Portfolio has also stressed that “the peoples everywhere who aspire justice and peace” will always support the Government and the nation of Venezuela to safeguard its sovereignty and stability.

Venezuela is going through a period of great turbulence due to the self-proclamation – with US support – of Juan Guaidó, the leader of the National Assembly (AN) – an opposition majority and declared in contempt since 2016 – as interim president of the country, although Maduro, legally elected at the polls, began his second term on January 10.

US President Donald Trump supported Guaidó’s self-proclamation and his Treasury Department imposed new embargoes on the Venezuelan government on Monday, freezing all funds from the state-owned company Petróleos de Venezuela (PDVSA), in line with its declared support to the coup leader.

Caracas has rejected, through a communiqué, the “illegal”, “unilateral” and “arbitrary” measures adopted by the US Administration, warning that Washington’s coup plan is aimed at “stealing natural resources” from Venezuela.