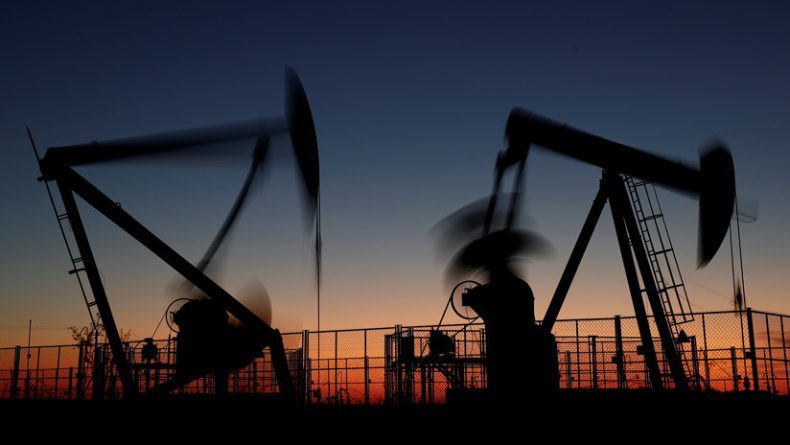 The pieces move on the board while those who should be spectators of the world chess game, in which their present and future are decided and history is written, contemplate the illusion of a confrontation. And that in the best case, because many do not even know that there is a game at stake and are struggling to survive exploitation, poverty or indifference. Or everything together.

Oil, the ‘tower’ of Venezuela

In recent times, the United States has tightened the rope on Venezuela on several occasions, but the  “death sentence” is still standing, and the show threatens to become one of those gibberish serials in which the condemned is executed over and over again without success until what had to have been a pleasant popular spectacle of Avenging Sunday turns into a lamentable shame that affects all those present.

And the rope around Venezuela is oil: starvation, its scarcity; survival, its exploitation; and wealth, its plunder. Therefore, the United States prevents or hinders to the extreme the sale of a crude oil that, once Venezuela is overthrown, will circulate around the world at the rate of its extraction by North American corporations until the bowels of the Orinoco are left as a dessicated submission.

Donald Trump has sanctioned the state oil company of Venezuela (PDVSA), which has forced PDVSA to seek supply partners and has settled on India. Currently, the Indian country receives 366,000 barrels per day, a figure that the Venezuelan authorities want to double, which would place India’s oil exports at the level of China’s acquisitions.

We must bear in mind that 30% of the PDVSA, although more than one has framed it as surrealism, is US capital (Chevron, Texaco) and between 500,000 and 600,000 barrels a day of oil had until a few weeks ago as destination the United States . Because of the sanctions, those are the barrels that Venezuela needs to sell in order not to be suffocated.

However, the agreement will not be easy due to several problems:

Oil has become the ‘tower’ of Venezuela, the last hope of a castled regime that, surprisingly, is still surviving, but it needs a movement that allows it to gain time and push, at least, for a tie.
The world rebellion

Regardless of whether Venezuela’s agreement with India finally materializes, key to the survival of the South American country, or if it fails and the rope suffocates the condemned man on the scaffold, it would be good to analyze what is happening worldwide.

To begin with, if the agreement with the Hindus materializes, the Venezuelan partners in terms of oil would have been reduced to three – China, Russia and India – and it is no coincidence, as they are the only ones capable of sustaining a pulse to the Americans.

If we add to this the agreement recently reached by Saudi Arabia, a traditional ally of the United States, with China for the export of Saudi oil to a refinery and a petrochemical complex in northeastern China that will require an investment of 10 billion dollars, it is clear that we are in a period of rocking a hegemony that we do not yet know where it will lead us.

This movement, the agreement between China and Saudi Arabia, is very important to understand as the displacement of power in the Middle East region – from the United States to Russia and China – as the Asian giant is a natural ally of Iran, the main regional rival of the Saudis. To compact with the friend of a staunch enemy whose confrontation in Yemen to the maximum that will come is a pyrrhic victory when not a bloody military, economic and symbolic defeat, demonstrates to what extent something very serious is happening in the region and in the world. And the gusts in the Middle East are hurricanes in Venezuela.

This shows that for the first time in decades the United States shows weakness and that fragility, even with more or less open confrontations with its European partners, leads to movements that, interpreted in isolation, might seem disconnected, but as a whole it offers a clear idea of what is happening: China, Russia and India (including Pakistan to a lesser extent) are three powers that, while not at the level of the United States, can no longer be ignored in the global context. So much so that the designs of the tenant on duty of the White House in these countries are already orders. And Europe is close to joining the rebellion.

What happens in Venezuela will be understood with the clarity that time offers, with the same naturalness that we know today about the collapse of the USS Maine, but in the meantime there is no choice but to carefully observe the movements of the world board:

Venezuela will fall or not, but keep the movements attentive, because even Europe is getting closer and closer to creating a single Army and recovering its sovereignty in terms of foreign policy (Macron and Merkel in 2018: “the era in which you could trust USA is over “). Or what is the same: becoming independent.

The new world order that is drawn will be made up of at least four powers – the United States, Russia, China and India -, which could be added up to three more powers if they manage to ‘become independent’ – Europe, Brazil and Pakistan. Beyond the changes that would result, it does not seem that a world governed by eight powers ends up being a worse world, but that today is more prophetic than analytical and there is no clear result for the match.