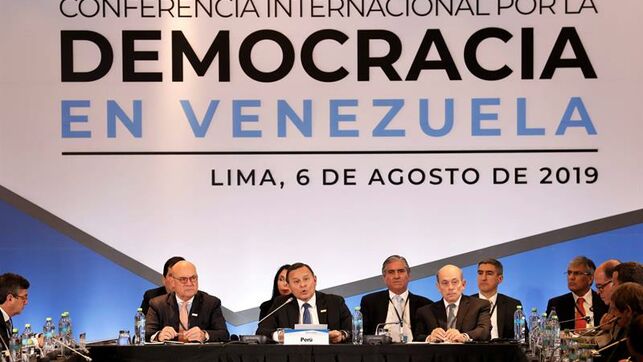 The Executive Vice President of Venezuela, Delcy Rodríguez, said that only nine foreign ministers attended the “world” conference on Venezuela that takes place on Tuesday in Peru.

“At the moment the confessions of the Lima Cartel are being made, where the assets of Venezuela are being divided piecemeal,” she said from the headquarters of the vice president, where she made statements regarding the new attack (unilateral coercive measures) of the United States against the South American country.

Rodriguez added that the United States security adviser, John Bolton, “went to meet with representatives of some accredited embassies in Peru.”

The meeting of “several countries”, convened by the Lima group, takes place a day after President Donald Trump signed an executive order on the blockade of all the properties of Venezuela in the US.