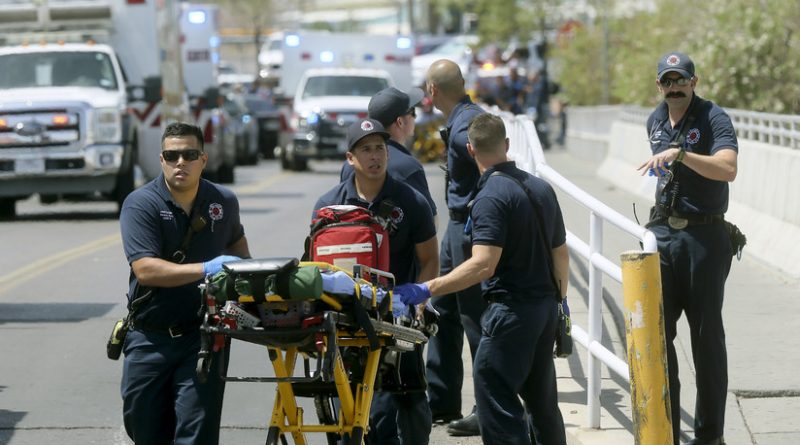 The Bolivarian Republic of Venezuela on Monday urged citizens who wish to travel to the United States to postpone their travels or take precautions in the face of the rising wave of violence in the US nation last weekend, with three shootings that left 31 people dead and dozens injured.

Through a statement published on the website of the Ministry for Foreign Affairs , Venezuela emphasized that “these growing acts of violence have found echo and support in the speeches and actions impregnated with racial discrimination and hatred against migrant populations, pronounced and executed since the supremacist elite that holds political power in Washington. This year alone, these actions have cost the lives of more than 250 people.”

Next, the full text of the statement: The Ministry of Popular Power for Foreign Affairs of the Bolivarian Republic of Venezuela, suggests that Venezuelan citizens planning to travel to the territory of the United States of America, postpone their travel or, in any case, take precautions during their stay, given the proliferation of acts of violence and crimes of indiscriminate hatred, expressed last weekend in the towns of El Paso, Texas and Dayton, Ohio, leaving a balance of 30 people dead and about 53 injured.

These growing acts of violence have found echo and sustenance in the speeches and actions impregnated with racial discrimination and hatred against migrant populations, pronounced and executed from the supremacist elite who hold political power in Washington. This year alone, these actions have cost the lives of more than 250 people.

A fundamental factor to consider lies in the inexcusable indiscriminate possession of firearms by the population, also encouraged from the center of the federal government of that country, so it is especially advisable to avoid places where large crowds occur. In particular, it is recommended not to attend these places with minors.

It is important to warn that the security of Venezuelans is at special risk, having been declared as an unusual and extraordinary threat to the national security of the United States of America since 2015.

Given all of this, it is suggested above all to avoid visiting some cities that are among the 20 most dangerous in the world, such as Cleveland, Ohio; Detroit, Michigan; Baltimore, Maryland; St. Louis, Missouri; Oakland, California; Memphis, Tennessee; Birmingham, Alabama; Atlanta Georgia; Stockton, and Buffalo, according to Forbes (2019).

The Ministry of Foreign Affairs of Uruguay issued an alert, on Monday, to its citizens who wish to travel to the US, “in the face of growing indiscriminate violence” in the United States. Through a statement, the Foreign Ministry reports that the violence, which has been expressed in mass shootings, cut short “the lives of more than 250 people in the first seven months of this year.”

According to Montevideo, this violence, for the most part, is “for hate crimes” that are rooted in “racism and discrimination.” The Ministry of Foreign Affairs recommended that Uruguayan citizens avoid, in particular, visiting some US cities, such as Detroit (Michigan), Baltimore (Maryland) and Albuquerque (New Mexico), which are “among the 20 most dangerous in the world”, according to the Ceoworld Magazine 2019 index. In addition, they are advised to “avoid places where large concentrations of people occur”, such as “theme parks, shopping centers, art festivals, religious activities, gastronomic fairs and any type of mass cultural or sporting events.”

“In particular, it is recommended not to go with minors to these places,” the warning adds.

Uruguay emphasizes that they make these recommendations “given the impossibility of the authorities to prevent these situations, due among other factors, to the indiscriminate possession of firearms by the population.”

On the other hand, the Secretary of Foreign Affairs of Mexico, Marcelo Luis Ebrard, announced that the Government of his country will take legal action to protect the Mexican community in the US, after the shooting in Texas.

In a message through his Twitter account , Ebrand expressed the “indignation of Mexico” before the massacre and said that the nation will direct its efforts towards the protection of affected families and then take “effective, prompt, expedited and legal actions.”

The senior official stressed that conditions will be required to protect the Mexican community in the US. “Today, at 14:30 [local time], we will announce the first legal actions that the Government of Mexico will take according to international law.”