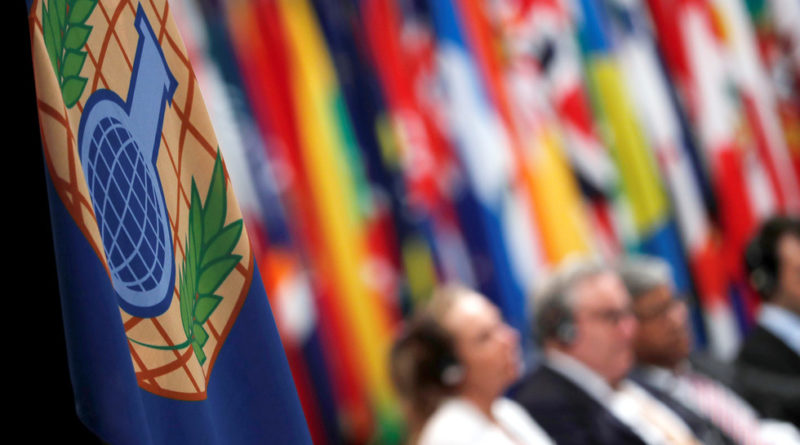 The Organization for the Prohibition of Chemical Weapons (OPCW) has said in a report that whistleblowers who raised concerns about the group’s Douma probe are not credible, and called for new measures to prevent further leaks.

The international chemical weapons watchdog released its ‘Independent Investigation into Possible Breaches of Confidentiality Report’ on Thursday, in response to leaks from two former OPCW inspectors which put in question the organization’s findings regarding an alleged chemical weapons attack in Douma, Syria in April 2018.

The OPCW claimed that the two individuals, identified as Inspector A and Inspector B, had incomplete information about the group’s investigation and misused confidential material. Apparently, it’s a reference to former OPCW specialist Ian Henderson and a whistleblower known as ‘Alex’. The organization also claims that it was made aware of the inspectors’ concerns before the group’s final report was released, but deemed their criticisms as non-credible.

The chemical weapons watchdog rejected the notion that the two inspectors were legitimate whistleblowers, instead insisting that they were disgruntled ex-employees who “could not accept that their views were not backed by evidence.”

The report also identified several “remedial measures” to prevent “future breaches of the OPCW’s confidentiality regime,” including a more thorough confidentiality training and a review of the organization’s internal rules and legislation.

Henderson, who visited Douma as part of the OPCW’s fact-finding mission team, claimed that the watchdog’s final report omitted key findings which cast serious doubt on whether a chemical attack actually took place. His ‘engineering assessment,’ initially leaked last May, noted a “higher probability” that cylinders allegedly containing chlorine were “manually placed” instead of being “delivered from aircraft,” suggesting a party other than the Syrian government may have planted them there.

Featured image: The logo of the Organisation for the Prohibition of Chemical Weapons (OPCW) is seen during a special session in the Hague, Netherlands June 26, 2018. © REUTERS/Yves Herman