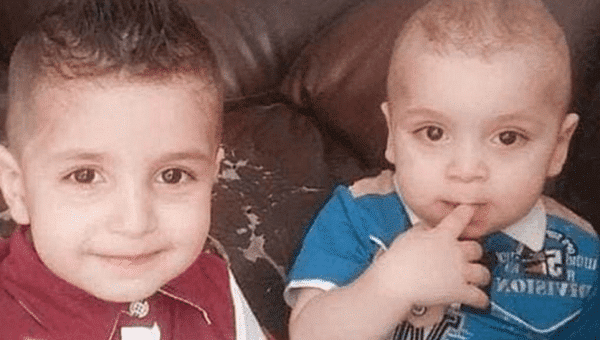 Two Palestinian children were killed in a fire accident after Israeli forces blocked the fire brigade from reaching the scene on time.

Two Palestinian children, four-year-old Wael Rajabi and his 18-month-old sister Malik, died in a fire after Israeli authorities blocked the fire brigade from reaching their home in time.

They were from the Al-Salaymeh neighborhood of Hebron’s Old City in the occupied West Bank. One of them was reported dead in the fire, another child succumbed to the burns after receiving emergency treatment at the nearby Hebron government hospital.

Colonel Loai Arziqat, the local police spokesman confirmed the death of two children but did not elaborate on the whole situation.

According to local media reports, the emergency fire services were stopped by Israeli occupying forces. A video filmed at the scene shows that a fire engine trying to drive down a narrow street when it was stopped by a roadblock. The local residents pleaded to the Israeli soldiers to “open the gate quickly, for the children.”

A CHILD BURNED ALIVE➤ No Entry To Fire Fighting Crews

A #Palestinian boy was burnt to death & his little sister suffered severe burns as the #Israeli occupation forces BLOCKED a #Palestinian firefighting truck from reaching their burning house in Al-Salaymeh in #Hebron pic.twitter.com/CpEVeOSr0t

But they were unmoved. And eventually delayed the emergency service costing the lives of two children.

According to Medical Aid for Palestinians (MAP), citing the Palestine Red Crescent Society, since 2015, Israeli forces have obstructed ambulances 123 times. In addition, 105 ambulances were damaged and the Red Crescent teams in various locations were attacked 386 times.

According to the Fourth Geneva Convention, “The occupying power must ensure sufficient hygiene and public health standards, as well as the provision of food and medical care to the population under occupation… Personnel of the International Red Crescent Movement must be allowed to carry out their humanitarian activities.”

However, Israel has violated international law numerous times by not allowing Palestinians access to emergency services.