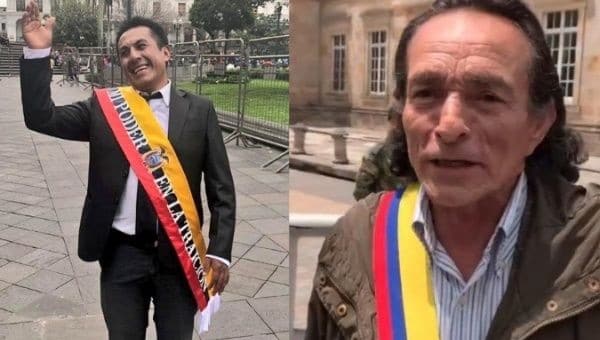 In a form of political satire, Colombia, Brazil, Peru, and Ecuador join Venezuela by having their own self-proclaimed “presidents.”

Something they all have in common is that none were democratically elected by the people, yet, this did not stop them from self-proclaiming as ‘presidents’ of their homelands. But with Juan Guiado’s example, Colombia, Brazil, Peru, and Ecuador join Venezuela with brand new self-proclaimed heads of State.

It all started on Jan. 23 with the attempted coup made by Guaido. The opposition lawmaker, sworn himself/self-proclaimed as the “interim president” of the country, violating the constitution. Soon after, U.S. President Donald Trump recognized the illegal self-proclaimed president and the same was done by the Secretary General of the Organization of American States (OAS), Luis Almagro and right-wing governments in the region.

Despite repeated calls by Guaido and the Venezuelan right-wing opposition, backed by the U.S. to oust President Nicolas Maduro, the country’s army and its leadership has repeatedly stated its full support for the legitimate government and rejected such calls as interventionist and a breach of the sovereignty of Venezuela.

Even though the majority of world leaders, including Russia and China, have not recognized his “leadership”, most U.S allies, especially the right-wing “Lima group” have.

As a form of protest and political satire of the current political situation, ordinary citizens in Colombia, Peru, Brazil, and Ecuador have decided to follow Guaido’s footsteps and also declare themselves president.

The first one to do it was the Colombian Alejandro Muñoz.

Standing outside the Colombian Foreign Affairs department in Bogota, and wearing a replica of the presidential sash he self-proclaimed as president of the country on Feb. 25, amidst the Lima Group meeting in the country’s capital.

The new “president” stated that his first official act was to declare national peace, adding that Colombian President Ivan Duque “does not represent him”. Muñoz also promised, in front of a gathering crowd, that he would ask the U.S. to leave and take their military bases with them.

“As of today (25) I am the self-declared President of Brazil, the same as in Venezuela”, de Abreu said and social media erupted with hundreds of memes and “support” for their new leader.

However, Abreu’s actions were not taken lightly by Jair Bolsonaro’s government. On March 6 the elected far-right Brazilian president tweeted that he is suing some opposition figures and that Abreu will be next. The actor is now weighing a preventive request for a habeas corpus in case the Bolsonaro government issues an arrest warrant against him.

In the latter, Luis Monta accepted the new position on Wednesday standing outside the presidential palace in Quito.

While in Peru, things are a bit more complicated as they have two self-proclaimed leaders. However, all stated that they have done this to ironize Guaido’s action and protest their respective countries’ position on this matter.