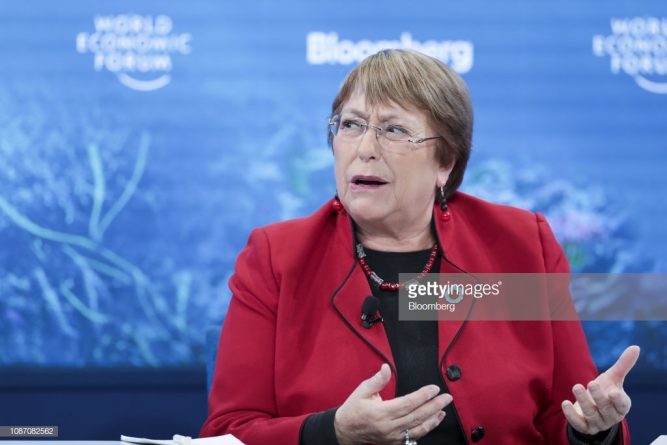 The United Nations High Commissioner for Human Rights, Michelle Bachelet, spoke Thursday in Davos about the events in Venezuela and called for a “peaceful political solution” .

“We hope there will be a peaceful political solution, in which there will be a political dialogue that will allow us to arrive at a response that has to be peaceful,” Bachelet said in Davos, where she participates in the World Economic Forum.

Bachelet described as “very worrying” the situation in the country and added to what was previously stated by the UN Secretary General, Antonio Guterres, in advocating dialogue to prevent “a development that brings dead and wounded” in the Latin American country.