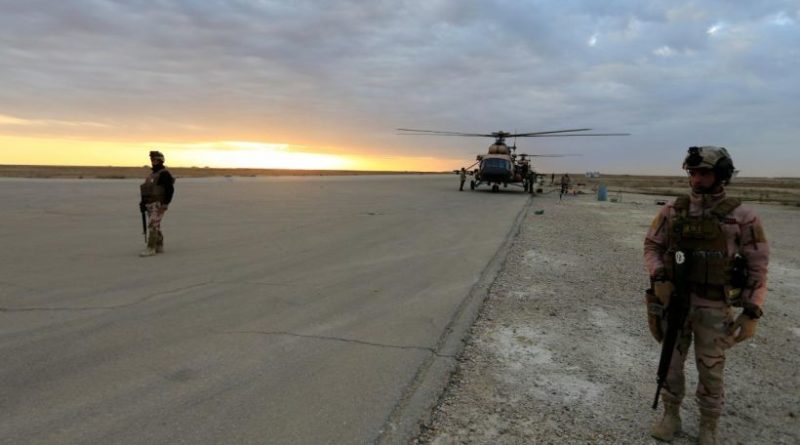 On Thursday, January 9, Iraqi Prime Minister Adel Abdul Mahdi asked the US Secretary of State, Mike Pompeo, to send a delegation to his country with which he could formulate the mechanism for the withdrawal of US troops from Iraq.
Such a request was officially made by the Iraqi parliament, officially placed by Abdul Mahdi, three days after the murder of the Qasseim Soleimani Sadar, following the adoption of a resolution that looks for ending the presence of foreign troops on Iraqi soil and prohibits them “to use their soil, airspace or waters for any reason. “

RELATED CONTENT: Iraqi PM Reveals the Truth About US Presence: The US “Bargained for Iraq Reconstruction in Exchange for 50% of Iraqi Oil”
In response, President Donald Trump threatened to impose on Iraq “sanctions as they have never seen before” in the event of a forced withdrawal of the military from Iraqi territory.
To this, “the prime minister said that US forces had entered Iraq and drones are flying in their airspace without the permission of the Iraqi authorities and this was a violation of bilateral agreements,” says an Iraqi government statement.
Abdul Mahdi stressed that Iraq rejects all violations of its sovereignty, including the Pentagon attack that ended Thursday, January 2, ended the life of General Qassem Soleimani in Baghdad and Iran’s 22 missiles against Iraqi bases that house US soldiers.

For its part, the State Department responded on Friday, January 10, stating that any US delegation sent to the Arab country will be to discuss the strategic alliance between Washington and Baghdad, not to remove its troops.
The Pentagon declares that the presence of its forces in that country is “appropriate.” “However, there needs to be a conversation between the governments of the United States and Iraq, not only about security, but also about our financial, economic and diplomatic partnership,” spokesman Morgan Ortagus said in an official statement.

Featured image: US soldiers on a military airstrip in Iraq (Photo: Archive)