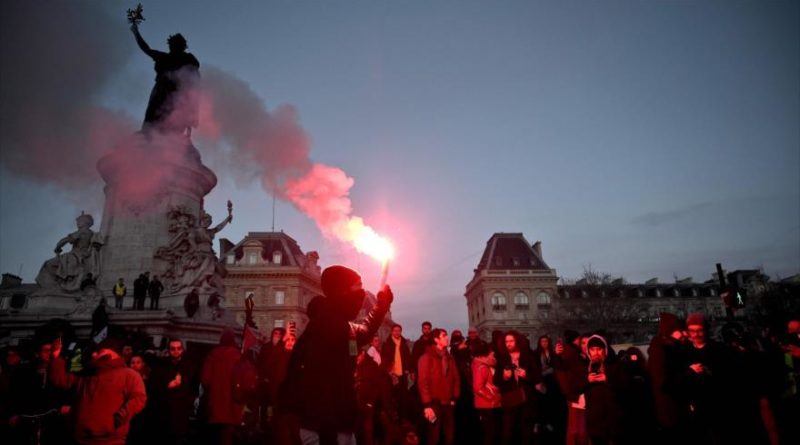 Yellow vests and members of several unions have demonstrated on the streets of Paris and the police have repressed them, January 11, 2020.

Tens of thousands of protesters marched peacefully through the streets of the French capital, but, after starting skirmishes between protesters and the French police, agents of this body have thrown tear gas.

Protesters ask that the pension reform proposed by the president of France, Emmanuel Macron be rewritten. If the law is accepted, the French will work even after they turn 62, the age at which they are currently retiring.

The so-called yellow vests have demonstrated every Saturday through the streets of France to demand social and fiscal improvements. They even ask for the resignation of President Emanuel Macron.