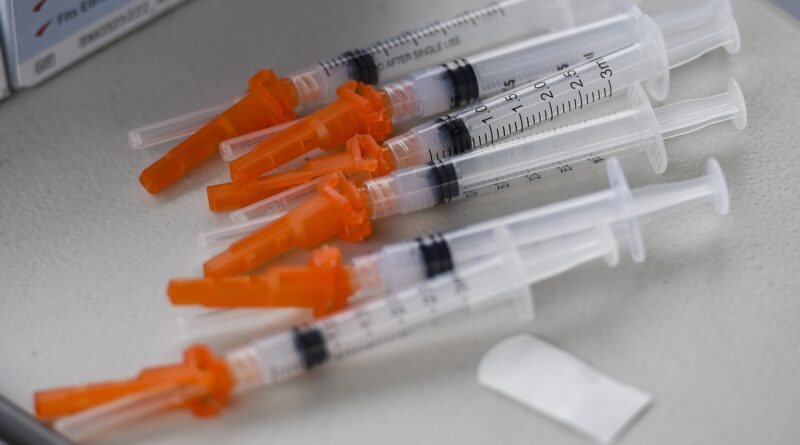 The Pharmaceutical Industry is pouring resources into the growing political fight over generic coronavirus vaccines.

Newly filed disclosure forms from the first quarter of 2021 show that over 100 lobbyists have been mobilized to contact lawmakers and members of the Biden administration, urging them to oppose a proposed temporary waiver on intellectual property rights by the World Trade Organization that would allow generic vaccines to be produced globally.

Pharmaceutical lobbyists working against the proposal include Mike McKay, a key fundraiser for House Democrats, now working on retainerfor Pfizer, as well as several former staff members to the U.S. Office of Trade Representative, which oversees negotiations with the WTO.

Several trade groups funded by pharmaceutical firms have also focused closely on defeating the generic proposal, new disclosures show. The U.S. Chamber of Commerce, the Business Roundtable, and the International Intellectual Property Alliance, which all receive drug company money, have dispatched dozens of lobbyists to oppose the initiative.

The push has been followed by a number of influential voices taking the side of the drug lobby. Last week, Sen. Thom Tillis, R-N.C., released a letterdemanding that the administration “oppose any and all efforts aimed at waiving intellectual property rights.” Howard Dean, the former Democratic National Committee chair, has similarly criticized the proposal, echoing many of the arguments of the drug industry.

Currently, only 1 percent of coronavirus vaccines are going to low-income countries, and projections show much of the world’s population may not be vaccinated until 2023 or 2024. In response, a coalition of countries, led by India and South Africa, have petitioned the WTO to temporarily suspend intellectual property rights on coronavirus-related medical products so that generic vaccines can be rapidly manufactured.

The waiver requests a suspension of IP enforcement under the Trade-Related Aspects of Intellectual Property Rights, or TRIPS, treaty. If granted, local pharmaceutical plants could be granted compulsory licenses to produce coronavirus vaccines without the threat of being sued by the license holder.

The proposal has gained traction globally, with hundreds of members of the European Parliament, dozens of American lawmakers led by Sen. Bernie Sanders, I-Vt., and increasingly vocal voices in the public health community expressing support.

But the waiver petition has encountered fierce opposition from leading drug companies, who stand to lose profit and who fear that allowing a waiver would lead to less stringent IP enforcement in the future.

“The scarcity of vaccines is not because of intellectual property but because of regrettable production and distribution challenges,” wrote Michelle McMurry-Heath, the president of the Biotechnology Innovation Organization, the trade group that represents Moderna, Pfizer, and Johnson & Johnson in an opinion column for The Economist.

The petition, she argued, is among the “empty gestures that place the cost and responsibility back on the laps of the neediest countries.” A better solution, McMurry-Heath said, would be to continue the approach led by COVAX, a nonprofit backed by billionaire philanthropist Bill Gates that facilitates purchases and donations of vaccines for the developing world.

“The drug company lobbyists are saying the TRIPS waiver won’t increase the supply of vaccines, but if that’s true, why do they oppose it? Because they think it will in fact expand production,” noted James Love, director of Knowledge Ecology International, a group that supports the waiver petition.

“The waiver itself, from a legal point of view, is most important for eliminating two restrictive provisions on the TRIPS, both dealing with exports,” added Love. “From a political point of view, it is more important, giving a green light to use existing compulsory licensing authority and putting pressure on vaccine manufacturers to do more voluntary agreements.”

And while the voluntary COVAX approach aims to supply 2 billion vaccine doses, the initiative has been plagued by delays and underfunding and has only shipped 40 million doses.

Brook K. Baker, a law professor at Northeastern University and senior policy analyst with Health GAP, also noted that the drug industry appears to be mounting a “counteroffensive” over growing demands for the TRIPS waiver.

“This included the small army of high-paid lobbyists that includes many ex-Capitol Hill figures and staffers, but it also includes publicity campaigns and op-eds by industry shills directly challenging the waiver and predicting pharma-doom if it is adopted,” Baker said. “This industry will do anything to protect its intellectual property and trade secrets even as it can’t and won’t meet vaccine needs in developing countries.”

Baker has called on the administration to not only grant the waiver but to “make it clear to the American public that we cannot achieve and sustain COVID vaccine immunity until and unless all the world is vaccinated.”

So far, the Biden administration has declined to take a position on the waiver. U.S. Trade Representative Katherine Tai has said she is reviewing the issue and has met with both representatives of the drug lobby and activists in support of the initiative.